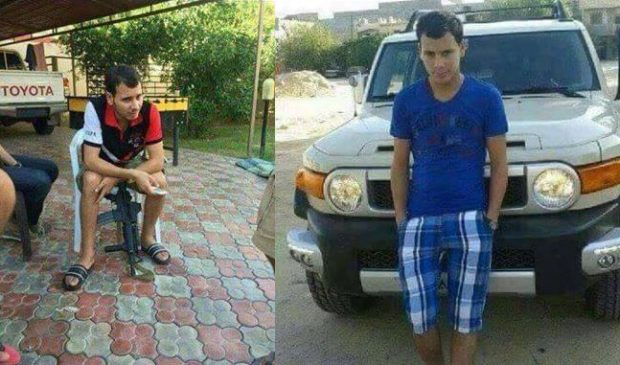 His name is Ibrahim Henish from Azzawiya city. He is the youngest in the family and was born in 1990 in downtown Azzawiya, northwestern Tripoli.

The clashes in Azzawiya that have so far killed over 6 and injured scores are all between Henish militia and other forces and armed groups in the city led by Khadrawi, local sources, who refused to be named, told the Libyan News.

Henish and Kahadrawi are on a family feud as the former is accused of killing Hamza Khadrawi.

Since the feud was kicked off, over 30 people have been killed in intermittent clashes that take place every time Khadrawi armed groups break into Henish’s areas of control and try to arrest or kill him, the sources added.

He added that before the Friday clashes took place, Henish had been accuded of being part of the killing of three men from a very huge tribe in Azzawiya city when they were in their car on Janzour Road.

“The tribesmen gave Henish a chance to turn himself in to them for the killing of those three men, telling him that if he did not show up, they will storm into the areas his militia is controlling and arrest him.” One reliable source from Azzawiya reported.

For: 25 year-old man is behind three-day clashes in Azzawiya city