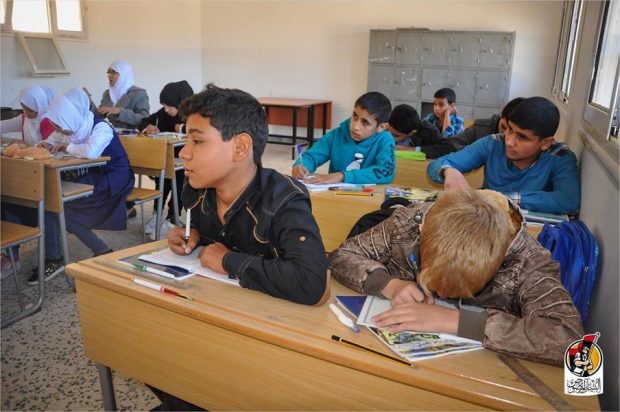 The media spokesman of the Sirte municipality, Muhammad Al-Amil, said Friday that 36 schools had reopened and resumed study in the districts liberated from the grip of IS militants in Sirte.

Since last May, the Misurata-led forces of Al-Bunyan Al-Marsous have freed almost all of Sirte except for the last IS holdout in the seaside neighbourhood, Jizah, where fierce clashes are still raging on.

“Many areas like Sawawah, Abu Najim, and other districts resumed study and downtown Sirte is waiting for the final eradication of the terrorists to resume.” Al-Amil added.

Some schools in Al-Gharibat district have been obliged to teach morning and evening shifts due to the big number of students as the district host a great number of dislocated families from Sirte’s downtown, he indicated.

The spokesman also said that the schools in there are in dire need for teachers and equipment.

For: 36 schools reopen in IS-freed districts in Sirte