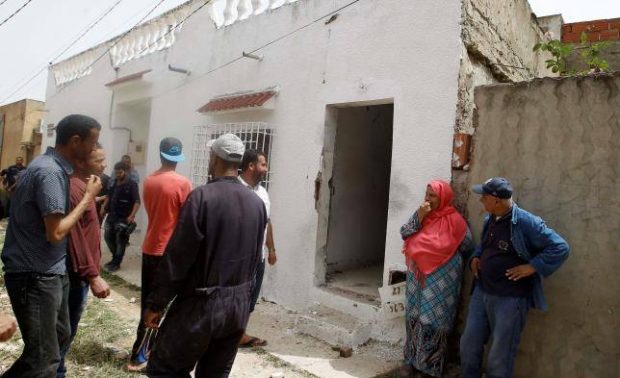 Four security officers and two suspected fighters have been killed in Tunisia during security operations near the capital Tunis and in the south of the country, according to the government. A fighter detonated his explosives belt after a firefight erupted in the Tatouine province on Wednesday, killing the officers.

“One terrorist was shot dead while the other detonated his explosives belt, killing two officers and two agents of the national guard,” said the interior ministry.

Earlier on Wednesday, two suspected fighters were killed during a raid near Tunis against a cell planning “simultaneous” attacks, according to AFP news agency.

A national guard unit had carried out the raid acting on information from an “anti-terrorist” operation, and they reported that the terrorists’ ammunition was seized.

Sixteen others were arrested during the operation in Ariana province, just outside Tunis, and AK-47 rifles, pistols and ammunition was seized. The interior ministry said the suspects had gathered in the area from different parts of the North African nation.
According to a resident of the Sanhaji district, a two-hour gun battle erupted with the suspects after the National Guard launched the raid at around 8am local time (07:00 GMT).
Tunisia, the birthplace of the Arab uprisings, has suffered from a wave of violence since 2011 [Reuters]

“They were not from the neighbourhood. We didn’t know them. They rented the house recently,” AFP quoted her as saying