5 fighters killed, 71 wounded in clashes between Libyan forces and ISIS in Sirte 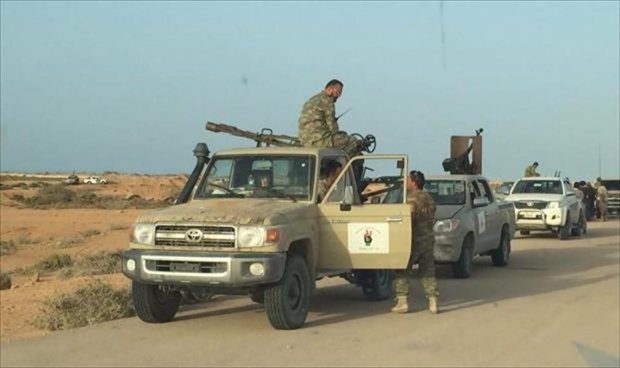 The media office of Misurata Central Hospital confirmed that on Friday they received 5 killed fighters and 71 wounded ones from the Misurate forces of Al-Bunyan Al-Marsous military operation, which was appointed by the Presidential Council to eradicate ISIS from Sirte.

The fighters, who were killed in clashes with ISIS after the Libyan forces advanced to encircle ISIS militants inside Ouagadougou Halls Compound, are from different Libyan cities, such as Tripoli, Misurata, Zliten, and Hoon, while the wounded, who have medium and simple injuries, come from Sirte, Al-Qala, Tajoura, Zliten, Hoon, and Misurata.

Earlier on Friday, the Libyan forces announced they controlled the whole Neighbourhood 700 and also Neighbourhood 100, saying they were battling ISIS radicals inside Ouagadougou Halls Compound and Ibn Sina Hospital.

For: 5 fighters killed, 71 wounded in clashes between Libyan forces and ISIS in Sirte