Airstrikes bomb IS convoy near Sirte 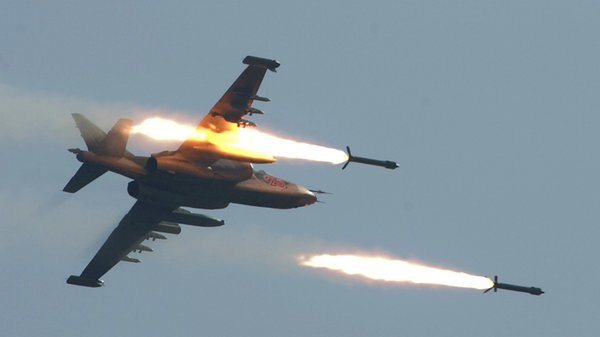 Unidentified aircraft attacked an Islamic State convoy on Sunday near the Libyan city of Sirte, a resident told Reuters.

The coastal city has been controlled for months by the militant group, which has used it as a base from which to try to expand its presence in Libya.

The witness account could not be verified, and the air force allied to one of Libya’s competing governments, based in the east of the country, said it had not carried out any strikes.

Also on Sunday, a spokesman for the Petroleum Facilities Guard said three boats had tried to attack the oil port of Zueitina.

The guards repelled the attack before the boats reached the port, hitting one of the vessels and setting it on fire, Ali al-Hassi said.

He said Islamic State militants were suspected of carrying out the attack.

Earlier this week Islamic State launched an assault on the major Libyan oil terminals of Es Sider and Ras Lanuf, which lie between Zueitina and Sirte.

Zueitina oil port was closed in November in a move linked to the wider dispute between Libya’s rival governments. The export terminals at Es Sider and Ras Lanuf have been closed since December 2014.

The U.N. is currently trying to win support for a plan to form a national unity government, though it has faced resistance from factions on the ground.

Islamist militants have taken advantage of a security vacuum that developed as numerous rival groups have competed for power and for Libya’s oil wealth since Muammar Gaddafi was toppled in 2011.

On Thursday a suicide truck bombing claimed by Islamic State killed dozens of police recruits in the Western city of Zliten, in one of the worst attacks of recent years.

For: Airstrikes bomb IS convoy near Sirte