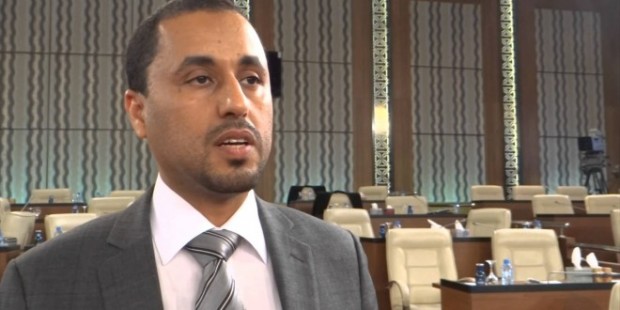 “We confirm that the controversy about the leadership of the army is about to end for good.” Al-Makhzoum said, adding that he is in constant contact with the General National Congress’s members, who did not join the SSC sessions, stressing that they do not oppose the political agreement, but they need to see a legislative balance, protection of February revolution principles and clear stance from Benghazi war.

Al-Makhzoum told Press Solidarity Wednesday that the GNC members have been granted those guarantees along with exclusion of article (8) from the agreement.

“I’ve been talking with the GNC Speaker, Nuri Abusahmain, and Libya’s Mufti, Al-Sadiq Al-Gharyani, and I have been keen on listening to their advice.” He added.

Al-Makhzoum added that the SSC will defend its members and the Mufti and will call on the EU to lift the sanctions on the figures it slapped.

For: Al-Makhzoum: PC will announce leadership of Libyan army soon