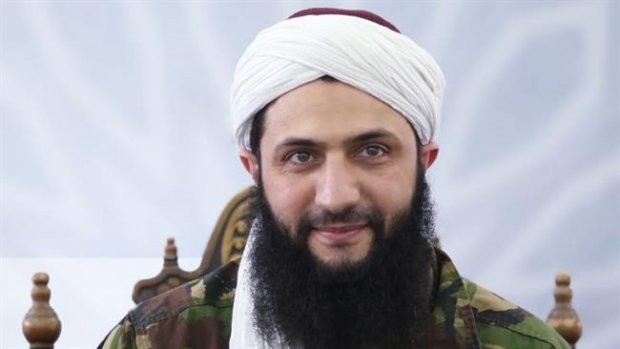 Abu Mohammed al-Jolani appeared in camera for the first time to announce his group’s name has also changed to Jabhat Fath al Sham, or The Front for liberation of al Sham.

“We declare the complete cancellation of all operations under the name of Jabhat al-Nusra, and the formation of a new group operating under the name ‘Jabhat Fath al-Sham’ noting that this new organisation has no affiliation to any external entity,” Jolani said.

The release of the video on Thursday followed earlier reports that the leader of al-Qaeda had approved the split, so the Nusra forces could concentrate on their fight against the Syrian government and other rebel groups.
‘We look at it with relief’

Al-Nusra first surfaced on the internet in early 2012 to claim responsibility for suicide bombings in Aleppo and Damascus.

The well-armed group, with highly trained fighters, has since staged numerous attacks on security forces – as well as on other armed groups in the country.

In February, the US and Russia excluded the group, as well as the Islamic State of Iraq and the Levant (ISIL, also known as ISIS) from a cessation of hostilities deal aimed at ending the fighting in Syria.

Reacting to Jolani’s declaration, Farah al-Atassi, a spokeswoman for the High Negotiations Committee, the Syrian opposition’s main negotiating bloc, said that it was “very premature” to evaluate the situation and how the announcement would really be implemented on the ground.

“However, we look at it with relief,” Atassi told Al Jazeera from Washington, DC, minutes after Jolani’s announcement.

“This will reflect somehow positively on the Free Syrian Army (FSA) who has been fighting ISIL and al-Nusra for the past six months, because Russia is bombing and hitting FSA positions and civilian neighbourhoods with the excuse that they are hitting al-Nusra.”

For: Al-Nusra leader, Al-Jolani, reveals his face and announces split from Al-Qaeda under new name