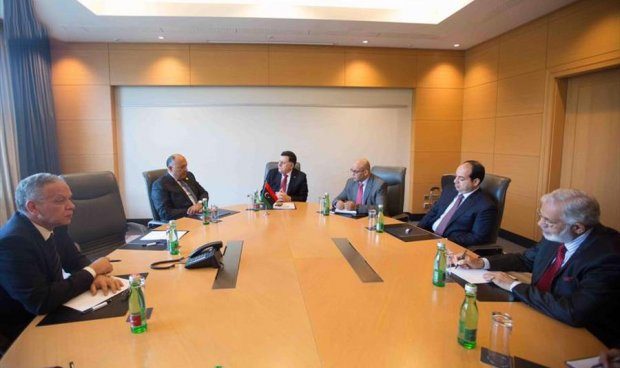 Al-Serraj and the Algerian minister, Abdelkader Messahel, discussed helping Libya out of the current crisis and coordination between the two countries to secure their borders against terror.

Al-Serraj also met with the Egyptian foreign minister, Sameh Shoukri, who stressed the importance of carrying out the endorsement for the GNA by the HoR as soon as possible.

On the other hand, the Qatari foreign minister, Mohammed Al Thanni, reiterated his country’s support for the GNA and the Libyans’ free will to choose their state’s shape by themselves, saying his country is ready to provide any needed help for Libya in the future.

Moreover, Al-Serraj told the appointed Moroccan foreign minister, Mubarka Bu Abeida, that Libya is grateful to Morocco for its host of the Libyan political dialogue in Skhirat. While Abeida stressed that the relations between the two countries are so deep, saying that they should coordinate in fighting terrorism. She also invited Al-Serraj to visit Morocco.