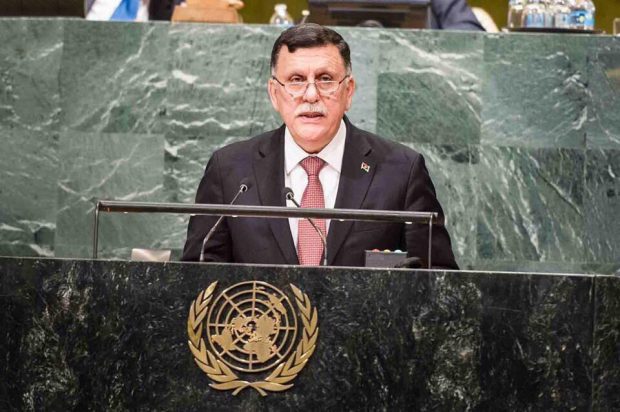 Fayez Al-Serraj, the Head of the UN-backed Presidential Council and Prime Minister of the Government of National Accord, said Thursday that he was open to communicate with the leader of the HoR-backed Dignity Operation Khalifa Haftar, who had launched an offensive on oil facilities and took control of the oil crescent region less than two weeks ago.

Haftar’s advance on the oil crescent region is the latest power struggle over the OPEC member’s energy assets after the fall of Muammar Gaddafi in 2011 and ensuing chaos left the North African country splintered into rival armed factions.

The Dignity Operation commander, Khalifa Haftar, opposes the Tripoli-based Government of National Accord and has resisted its attempts to integrate his self-claumed Libyan National Army into unified armed forces.

Haftar’s seizure of ports risks a response from brigades allied with the government in western Libya and a deepening of regional divisions.

“I am willing to talk with anyone for the sake of solving the problems of Libyans,” the prime minister, Fayez Al-Serraj, told reporters after a meeting on his country in New York on the sidelines of the annual United Nations General Assembly.

“There are many obstacles of course and one of them is trying to have a unified army under (the control) of the political body.” He added.

But beyond the aspirations for the two sides to come together to form a more representative national unity government, the meeting, which included the United States, Italy, France, Egypt, Turkey and the United Arab Emirates, appeared to yield little more than a call to not fight over the country’s oil resources, Reuters reported.

Armed conflict and disputes have left Libya’s oil installations under the control of different factions and cut output to a fraction of the 1.6 million bpd produced before an uprising toppled Gaddafi.

The National Oil Corporation has ambitious goals of producing more than 900,000 bpd by year-end, but said it needs funding for its operating budget and the reopening of blockaded pipelines in western Libya to reach that target.

“The oil question should unite and not divide,” Martin Kobler, the U.N. Special Delegate to Libya, told reporters. “This is a longish process. Armed groups don’t disappear because of a piece of paper. There have to be a strong institutions.” He continued.

Western powers urged Al-Serraj’s government to do more to integrate authorities in eastern Libya, although some acknowledged that pressuring the Libyans was at times ineffective.

“Libyans do not like to be told what to do by foreigners. When they overthrew Gaddafi after 42 years, they didn’t overthrow Gaddafi so that Americans or Egyptians or Emiratis or Russians or Chinese or Moroccans or Qataris or anybody else is going to tell them what to do. Libyans are not anyone’s puppets,” U.S. Special Delegate for Libya, Jonathan Winer told Reuters.

For: Al-Serraj ready to open talks with Haftar to bring Libya’s political and economic stalemate to an end