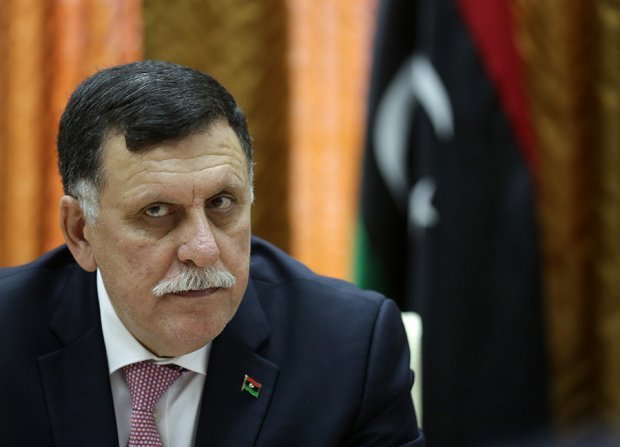 The new Prime Minister of Libya Fayez al-Sarraj, who was elected earlier this year, is warning European leaders that the fight against Islamic State in his country could have a serious impact on Europe. He claims that currently the terror group is smuggling fighters into the European Union (EU) via ships packed with migrants from Africa.

Mr. al-Sarraj claims that the only way to combat the radical Islamic terror group is for the international community to come together and fight them in Libya, and warned that Islamic State could once again spread unless there is international help, he said in an interview with Italian paper Corriere della Sera.

“ISIS is a highly dangerous organisation,” said al-Sarraj adding: “I would not be surprised if it turned out that ISIS men hide on the boats that are on the way to your shores. We need to tackle this problem together and to be aware that there may be terrorists among migrants. ISIS threatens us all the same.”

The Libyan Prime Minister made the case for foreign intervention in the ongoing conflict in Libya calling on help from Italy and the EU saying: “Our Libya needs international help in the battle against ISIS. Italy is traditionally our country’s friend, you can do so much.” Mr. al-Sarraj told the Italian paper that he chose to speak to them because his father read the paper when he was a child.

Though the new Libyan government has managed to stop the advance of Islamic State across the country, much of Libya still remains in the hands of the terrorist organisation and its sympathisers. “ISIS now uses new tactics in difficult urban warfare on the streets of Sirte. They are treacherous, dangerous,” he said and claimed that the group was using civilians as human shields against his government’s attempts to remove them.

While he wants international aid in fighting Islamic State, Mr. al-Sarraj was clear that he did not mean boots on the ground. Speaking of his recent talks with the United States he said: “I only asked for intervention with U.S. air strikes, and that they have to be very surgical and limited in time and geographical regions, increasingly coordinated with us. We do not need foreign troops on the soil of Libya.”

“Regarding security, we Libyans must get control of our immense southern borders. We do not have the strength to do it. There are thousands of kilometres in the desert. We do not know how to go against international criminal organisations that traffic in human beings. They are powerful and rich.”

“For me personally I am sorry that our coasts, instead of being visited by European tourists, are packed with migrants, and occasionally on the beach there are the corpses thrown from the sea of those who have not made it to land in Italy,” he lamented.

For: AL-Serraj warns European powers of IS militants infiltrating to Europe on boats