Al-Serraj: We welcome any cooperation with Haftar and HoR 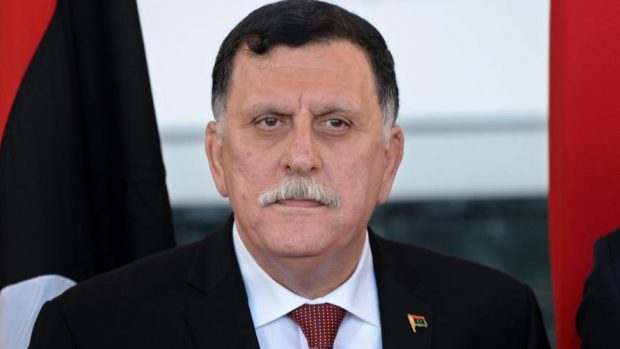 The Prime Minister of Libya’s Government of National Accord (GNA), Fayez Al-Serraj, has welcomed dialogue between the Presidential Council, House of Representatives and the military institution in the east led by Operation Dignity and its leader, Khalifa Haftar to reach a political agreement aimed at ending the ongoing crisis.

In an interview with Asharq Al-Awsat newspaper, the Head of the Presidential Council said he was ready to work with the different political parties and military forces, calling on the “military institution” to fully cooperate with the Presidential Council in order to set up a strategy to fight terrorism, adding that military operations in the city of Sirte have reached the final stages.

“We are waiting for the next HoR session to agree on the constitutional measures needed to form a new government.” Al-Serraj added.

Asked whether a meeting would be held with the HoR Speaker Aqilah Saleh and Operation Dignity leader Khalifa Haftar to unite the political views, Al-Serraj said: “We have deployed several efforts to arrange a meeting together; the presidential council is ready to hold dialogue with the different institutions and political forces.” According to Asharq Al-Awsat.

For: Al-Serraj: We welcome any cooperation with Haftar and HoR