Al-Sweihli: GNC is not an example for its electors’ free will any more 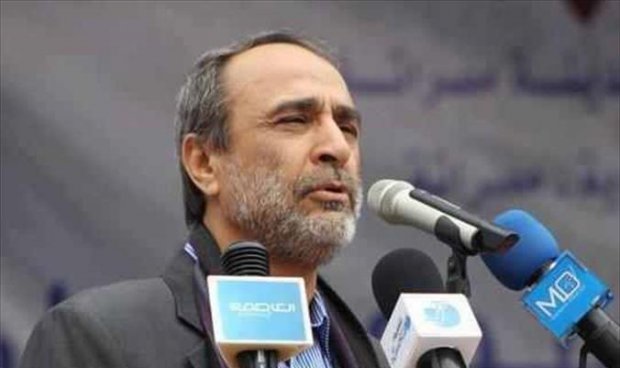 The General National Congress member, Abdul Rahman Al-Sweihli, said Friday that due to the current exceptional situation in Libya, the greater good of the country obliges us to admit that the GNC is no longer able to represent its electors’ free will.

Al-Sweihli criticized the decisions put forth by the GNC President, Nuri Busahmain, and called them a vivid violation of the laws and principles as well as a flagrant violation of people’s rights and freedom, as he described.

“The Skhirat-signed Libyan political agreement, though it has some flaws, still represents a feasible solution and a logical way out amid the current political, security, and economic circumstances in Libya.” Al-Sweihli indicated.

He also warned Busahmain and his Prime Minister, Khalifa Al-Ghweil, of the problems that would result from their continuous threats of using force and arms to hinder the implementation of the political agreement, saying that Busahmain will be responsible for the atrocious aftermath of his policies, according to him.

For: Al-Sweihli: GNC is not an example for its electors’ free will any more