Algeria and US discuss Libyan crisis and support to GNA 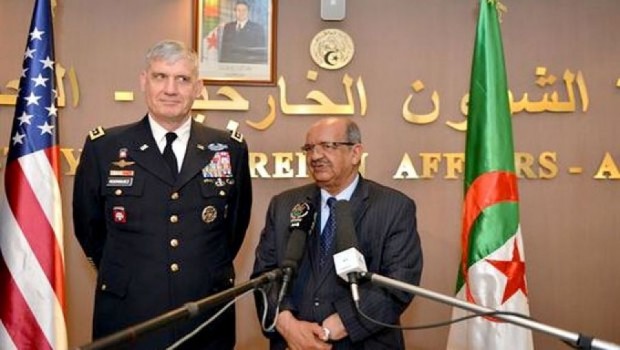 Algeria and the United States on Monday discussed the crisis in violence-ridden Libya, as both nations reiterated their support for the newly formed government headed by Faiz al-Serradj.

The Libyan issue was on top agenda of visiting U.S.-Special Envoy for Libya, Jonathan Winer, who met in Algiers with Algerian Minister for Maghreb Affairs, African Union and Arab League, Abdelkader Messahel.

Winer told reporters after the meeting that the two countries share convergent views regarding the political settlement of the crisis in Libya. He further indicated that Algiers and Washington are committed to helping Libya achieve reconciliation and safeguard national unity.

Winer’s visit came less than a month after that of Under Secretary of State for Political Affairs, Thomas Shannon, who also discussed the Libyan crisis with senior Algerian officials.

Algeria reaffirmed support to Libya amid growing challenges of the establishment of new institutions, the fight against terrorism and restoring peace and security.

For: Algeria and US discuss Libyan crisis and support to GNA