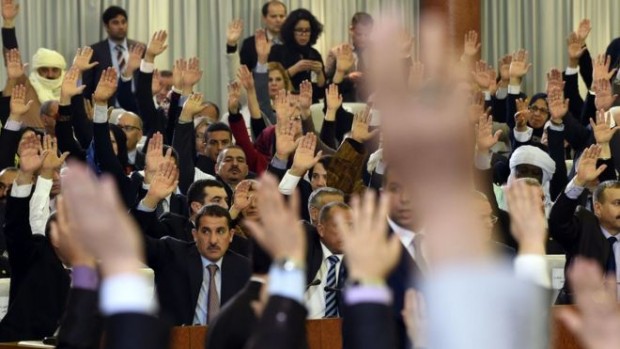 Algerian MPs have passed a package of reforms that include reinstating a limit on presidential terms and giving the Berber language official status.

The language can now appear on official documents, although Arabic will remain the language of government.

A two-term limit on the presidency was lifted in 2008 to allow Abdelaziz Bouteflika to run for a third term.

The limit is part of a package of constitutional reforms that authorities say will strengthen democracy.

Opposition leaders have dismissed the changes as superficial.

The Berber language – known locally as Amazigh – was recognised in 2002 as a national language, meaning it could be taught officially in schools in Berber-speaking regions.

But Berbers pushed for it to be awarded official status, meaning it would also be accepted on administrative documents.

The Berbers were the original inhabitants of North Africa before the seventh century Arab invasion, and they now make up 13 million of Algeria’s 39 million people.

Among the other reforms are the promise of an independent electoral commission and recognition of the roles of women and youth.

And the president will be required to nominate a prime minister from the largest party in parliament.

The changes were among those promised by President Bouteflika following the Arab Spring uprisings in 2011.

The scrapping of terms limits allowed Mr Bouteflika to stand for a third term in 2009. The 78-eight-year old president was re-elected again in 2014 but has rarely been seen in public since suffering a stroke the previous year.

The package was passed by 499 votes to two, with 16 abstentions, senate speaker Abdelkader Bensalah said.

“This project crowns the process of political reforms promised by the head of state,” said Prime Minister Abdelmalek Sellal.

The reforms guaranteed “democratic change by means of free elections” and were “a bulwark against the vagaries of political change”, he added.

But opposition critics say the reforms are little more than a show and will do little to reduce the grip on power held by Mr Bouteflika and his inner circle.

With his terms nearly at an end, there are fears of instability in the mainly Muslim country of 40 million, a key energy producer.

Unlike many countries in the region, including its neighbours Libya and Tunisia, Algeria was unaffected by the Arab Spring.

But it is facing a range of challenges, including regular jihadist attacks and sporadic outbreaks of violence between Berbers and Arabs.