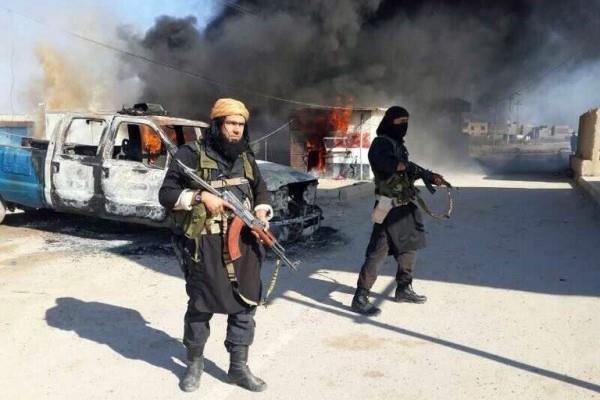 Wahib was “a former member of Al-Qaeda in Iraq who has appeared in ISIL execution videos,” Cook said, using an acronym for ISIS.

During his tenure as ISIS’s commander in the Anbar province, Abu Wahib often made himself the center of photo shoots. (File photo: AFP)

“We view him as a significant leader in ISIL leadership overall, not just in Anbar Province,” he added. “Removing him from the battlefield will be a significant step forward.”

The men were traveling in a vehicle when they were hit. Cook provided no additional details and did not specify if a warplane or a drone had carried out the strike.

The killing of Wahib is the latest in a series of attacks on senior ISIS leaders in Iraq and Syria, where the militants still control huge tracts of land despite an intense US-led air campaign dating back to August 2014.