Angela Merkel to run for the fourth term as Chancellor 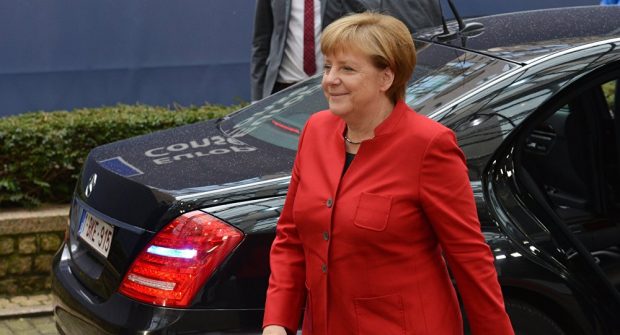 The German Chancellor Angela Merkel has said she will run for a fourth term in office, members of her conservative party have said.

Mrs Merkel, 62, is expected to formally announce her intention later on Sunday at the headquarters of the Christian Democratic Union (CDU), the BBC reported.

General elections are expected in Germany in autumn next year.

Mrs Merkel’s poll ratings have slipped since the height of her popularity but she retains wide support, the BBC added.

She suffered an embarrassing regional election defeat earlier this year and is being challenged by the populist right-wing AfD party.

Mrs Merkel said after the polls that she accepted responsibility for the defeats in several states.

She also conceded that her open-door policy towards migrants – embodied in her phrase “wir schaffen das” (we can manage it) – was a factor in the elections in several states, according to the BBC.

For: Angela Merkel to run for the fourth term as Chancellor