Another NATO nightmarish intervention in Libya coming up 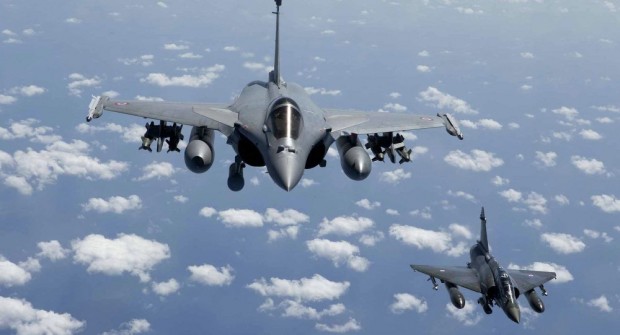 The United States and its three European allies – Britain, France and Italy – are planning yet another intervention into Libya, this time to defeat the expansion of Daesh (Islamic State) in North Africa, the Swiss newspaper Le Temps reported.

The three European nations and their leader across the pond think it’s a good moment to crush the spores of Daesh in Libya, while the terror group has been significantly weakened in Iraq and Syria due to Russian airstrikes and the advancement of the Syrian Army on the ground.

Following Iraq and Syria, Libya became the next country to be plagued by Daesh militants. Currently, around 5,000 Deash fighters are thought to be crawling around in Libya, according to the country’s interior minister. Most of these fighters are foreigners from other North African nations.

France and Italy are particularly worried about the Deash expansion, as in the case of Rome the terrorists are less than 350 kilometers away from the coast of Italy. Earlier this year, the Italian government already announced  it was ready to send ground troops to stop Daesh in its tracks, Le Temps said.

Paris also believes that intervention in Libya would be a good idea and currently France has all the conditions for the formation of a suitable military force. The presence of the aircraft carrier Charles de Gaulle in the Mediterranean Sea makes it possible for France to strike Deash targets in Libya, as well as Syria and Iraq, the Swiss newspaper said.

“If French President Francois Hollande decides to go this way [intervene in Libya], it would bring back the ghost of a previous intervention in Libya, initiated in 2011 by his predecessor Nicolas Sarkozy,” Le Temps reported.

Libya’s troubles began in 2011 when NATO-backed rebels overthrew the government of Muammar Gaddafi. The country failed to form a stable government and Libya descended into chaos. Daesh has taken advantage of the situation, increasing its influence in the country and taking control of oil fields.

Considering Libya’s present troubles began due to negligent policies of Western countries, one can hope that the United States and its European allies learned from their past mistakes and would approach the new arising problem in Libya with better judgment.

For: Another NATO nightmarish intervention in Libya coming up