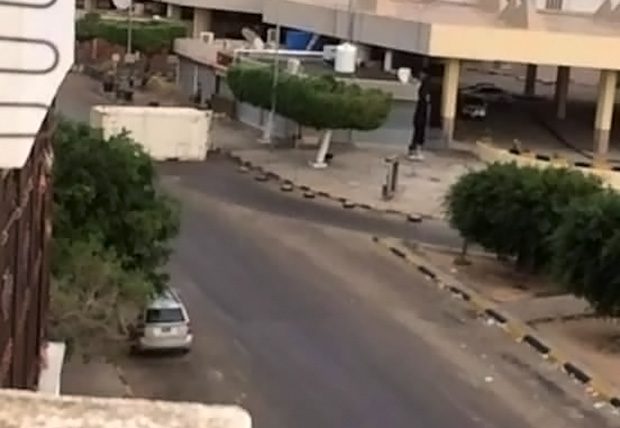 The skirmishes were triggered by the arrest of the son-in-law of the Commander of the Sixth Force Nayeem Al-Thuwaibi, Salah Al-Hajrasi, in retaliation for the arrest of two Special Deterrence Force personnel, Kamal Al-Amin, and Ayoub Al-Bouaishi two weeks ago, Tripoli security official confirmed.

“Special Deterrence Force gave the Sixth Force a deadline to end the current hustle and bustle and there is a possibility that it will attack the Sixth Force HQ and the armed group that is positioned in the electronics street in Zawiyat Dahmani.” The official added.

He also said that the Commander of the Sixth Force ordered the closure of the roads in downtown Tripoli with waste containers, tree trunks and rocks, however; the Special Deterrence Force refused such acts and clashed with the force.