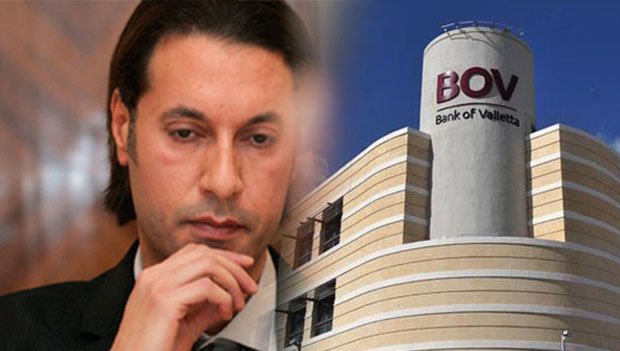 Bank of Valletta statements presented in a court case filed by the Libyan Attorney General against the heirs of the late son of Libyan dictator Muammar Gaddafi, have revealed that Muatassim Gaddafi held numerous savings and credit cards account with the Maltese bank.

Gaddafi’s millions were managed by the former Labour Party treasurer Joe Sammut, an accountant who is currently facing proceedings in court for creating companies with false stock to secure residence permits for Libyan businessmen in Malta.

Sammut formed the aptly named Capital Resources on 28 June, 2010, and two days later started effecting an enormous deposit of cash in the accounts.

On 30 June he opened three accounts at Bank of Valletta in the name of Capital Resources, a company owned by Gaddafi but whose name appeared as Muatasimbllah Muammar Abuminyar.

In total, Gaddafi had at least €94 million in funds held at Bank of Valletta.

The movements of cash were sporadic both before and after the 2011 revolution in February. Two weeks after the 17 February revolution, two payments were made of €73,832 and €60,000 under the description ‘Settlement LISA’ and ‘Settlement ALAG’.

After February 2011, the only cash movements were interest earnings and the payment of withholding tax.

Again, there is little indication here of cash movements except for payments made at the five-star Four Seasons hotel overlooking Hong Kong’s Victoria Harbour, with €5,120 paid in September 2010; then €4,890 spent over one night at the legendary Parisian luxury nightclub L’Arc Paris, which faces the Arc de Triomphe; €4,500 spent at the Rival Deluxe restaurant on Champs Elysee, and a stay at the Hotel Le Bristol, where rooms go for over €900 a night: final spend, €61,672. Back in Malta in February 2011, his managers at Capital Resources would restore the balance with a €100,000 deposit.

It would be the last deposit into that beloved credit card, one of many believed to have been in his pocket the day Muatassim Gaddafi was caught by Libyan rebels. Muatassim, 36, died in the Libyan desert, bearded and in his last gasps on a hospital bed, with a gaping wound in his throat on 20 October, 2011 after being captured at the fall of Sirte.

The Libyan Attorney General says that Capital Resources Ltd has assets far in excess of what it could have legitimately earned. It has also accused Bank of Valletta of violating know-your-customer rules that should have prevented it from opening an account for Gaddafi in the first place.

“The bank stood to profit from the relationship because his deposits were a cheap source of funding and his massive credit-card transactions generated fees,” the Wall Street Journal reported the Libyan AG as saying.

Auditor Joe Sammut, whose testimony was given behind closed doors, said in court that he discussed the transactions with Bank of Valletta and then decided not to report them to Maltese authorities.

Libya’s claims are being opposed by Safia Farkash Gaddafi, the 63-year-old widow now living in Oman with sons Hannibal and Mohammad, and daughter Aisha.

But Oikonomopoulos has so far presented no proof of marriage or paternity in court. Under Islamic law, van Goinga would be entitled to one-eighth of her alleged husband’s wealth; her son would inherit the lion’s share.