“Be like Bill” meme upsets an overwhelming majority on social media

If you haven’t seen a ‘Be Like Bill’ meme pop up on the internets recently, you’re in the minority. 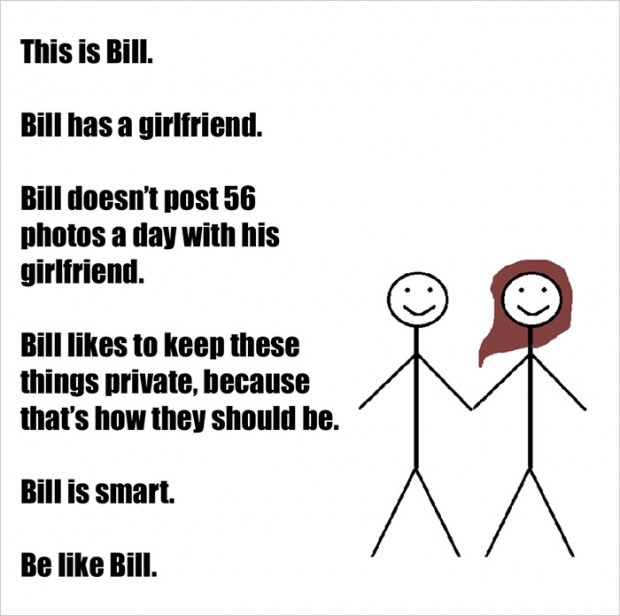 The passive-aggressive stick man, who inexplicably wears a bobble hat, first appeared last year to tell people how not to annoy others in their on- and offline behaviour – but for some reason, 2016 is the Year of Bill so far:

Eugeniu Croitoru, the Moldovan man who set up a Facebook page for Bill which currently has more than 1.5million likes, told the BBC: “The idea is very simple. ‘Bill’ can be anyone who is smart and has common sense and doesn’t do annoying things. You’ll also notice Bill can be someone who makes fun of himself and jokes about others too occasionally.” But not everyone has taken kindly to Bill’s sarky advice.

fact, there appears to be a growing anti-Bill backlash.

Some people are taking the meme into their own hands.

Or deliberately posting recreations that miss the point.

We now appear to be stuck in a vicious cycle where the anti-Bill memes are just as ubiquitous as the originals.

For: “Be like Bill” meme upsets an overwhelming majority on social media