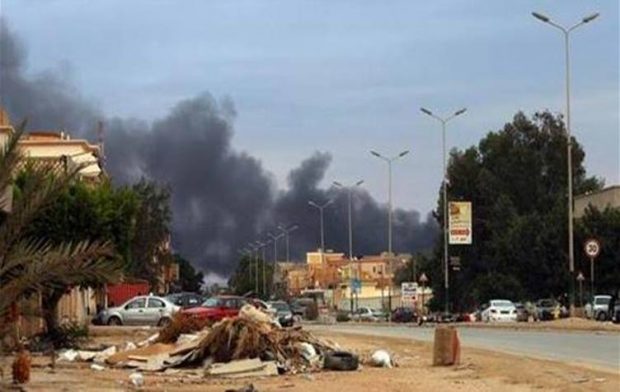 The fighters of the Benghazi Shura Council shelled Wednesday morning the positions of Dignity Operation forces in Gawarcha district, sources from the council reported.

The correspondent of the Benghazi Shura Council, Essam Al-Maghrebi, told Al-Nabaa TV that the medium and heavy artillery of the council forces targeted checkpoints and gathering of the Khalifa Haftar-led forces on the Gawarcha frontline.

“Uneasy calm has been descending on the Gawarcha frontline since Monday, however’ Haftar’s warplanes hovered a couple of times on the Gawarcha and Ganfudah districts this morning.” Said Al-Maghrebi.

“Surveillance and fighter foreign aircraft had been hovering above Gawarcha district for days before they targeted it on Tuesday.” It added.

Benghazi Shura Council said it had not lost any of its controlled districts in Benghazi, saying all the media falsification coming from Haftar-backed news outlets and TV channels is absolutely groundless and mere lies.