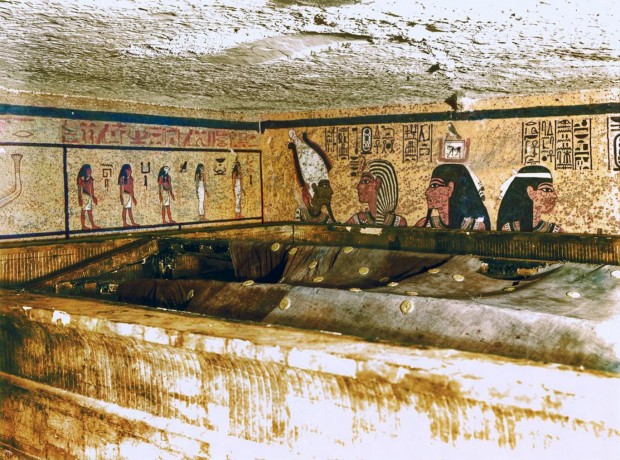 Hidden behind the walls of the Egyptian tomb are secret chambers, which could be “full of treasures”, according to previous statements by Egyptian officials. There is a 90 per cent chance that the hidden chambers exist, according to Egypt’s antiquities minister.

The two rooms contain either metal or organic material, according to the scans. They are hidden on the north and eastern walls of the tomb, a minister said.

The previously undiscovered chambers might unlock many of the deepest secrets of the ancient Egyptians. Some theories have suggested, for instance, that parts of the tomb might contain the resting place of Queen Nefertiti, who scholars have argued might have been Tutankhamun’s mother.

If the chambers are hiding the tomb of Queen Nefertiti, then they could be one of the most important finds of the 21st century. They would put to rest long discussions about her ultimate resting place — and arguments that contend that Tutankhamun’s tomb was originally built for his possible mother.

The discovery was made after a Japanese radar study that looked to map out the contents of the tomb. The researchers will conduct a more advancedscan at the end of this month that will be able to check for certain whether the empty spaces are chambers.

If that scan comes back with proof, then the team will discuss how and when they can get into the rooms.

“We can say more than 90 percent that the chambers are there,” said Mamdouh Eldamaty, an egyptologist who is the country’s antiquities minister. “But I never start the next step until I’m 100 percent.”

The tomb in Luxor in Egypt was found in 1922 by a team supervised by British Archaeologist Howard Carter.