Biggest fears for Canadians in 2016, Marijuana or ISIS? 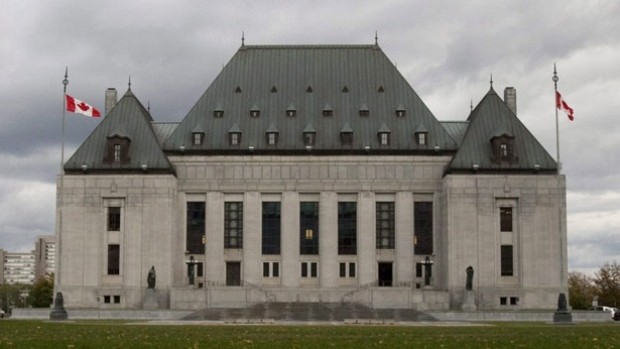 With a long list of election promises to fulfil, the federal Liberals have a lot of work ahead of them in 2016.

Here’s what Canadians think of three issues that could be particularly thorny ones for Justin Trudeau in the coming year.

With the Liberal government requesting a six-month extension from the Supreme Court on a February deadline to come up with new laws to deal with physician-assisted dying, the issue will come to a head at some point in the year.

Polling on this issue suggests a large majority of Canadians are in favour of making physician-assisted death legal. It also suggests that it has been a long time coming.

The most recent poll on physician-assisted dying comes from Insights West. In its poll conducted at the end of November, it found that 79 per cent of Canadians strongly or moderately support allowing “physician-assisted suicide”, as long as the patient is able to make such a request and if the person is suffering from a “grievous and irremediable medical condition…that causes enduring suffering that is intolerable.” Fully 49 per cent strongly supported this.

A poll conducted in August by Forum Research showed similar results, with 77 per cent saying they were in favour of making “physician-assisted suicide” legal in Canada for the terminally ill.

This is not a new opinion, however. A poll conducted by Gallup in 1974 found a majority of Canadians supporting physician-assisted death (termed as “mercy-killing” in the poll) in the case of an incurable disease causing great suffering. By the late 1970s, support for allowing physician-assisted death had reached two-thirds of Canadians, and it has hardly budged since then.

After more than four decades of strong support, why hasn’t physician-assisted dying been made legal in Canada?

Among other things, it is a complicated and personal issue for physicians. A survey conducted for the Canadian Medical Association earlier this year found that while 59 per cent of physicians surveyed agreed with the Supreme Court’s decision, 63 per cent said they would not “consider providing medical aid in dying if it was requested by a patient.”

With a little more probing, the survey found that a majority of physicians were willing to “help a competent, consenting dying patient” end their lives “if appropriate and rigorous checks and balances are in place.”

The government will have to determine what those checks and balances will be in 2016.

Another issue on the table for the Liberal government next year will be the legalization and regulation of marijuana. And like the issue of physician-assisted dying, the challenge lies in how it will be implemented, rather than whether Canadians support it or not.

They do — the most recent poll by Forum Research (conducted in early November) showed that 59 per cent of Canadians agreed with the legalization, regulation, and taxation of marijuana. Just 33 per cent of respondents disagreed.

These numbers have held steady for some time, with Forum finding only a slight increase in support for legalization compared to the polling done by the firm before the election campaign came to a successful end for the Liberals.

Support for legalization was very strong among Liberal and NDP voters. But Conservative voters, by a margin of more than two-to-one, were opposed.

That marijuana should be legalized has been a majority opinion for some time, with polling by Angus Reid showing most Canadians supporting it since at least 2007. Opposition to marijuana legalization, however, was a majority view as recently as 1997, according to polling done by Environics.

As to how marijuana should be sold once it is legalized, a large number of Canadians appear to be on side with Kathleen Wynne’s way of thinking. The premier of Ontario suggested that selling marijuana through the province’s Liquor Control Board (LCBO) “makes a lot of sense.”

A poll conducted by Forum Research in early December showed that 40 per cent of Canadians also thought it would be best sold through a government agency, while 15 per cent preferred it be left to individual growers. Another 17 per cent preferred a combination of the two.

A more recent poll of Ontarians, however, found respondents split on whether they wanted to see marijuana sold at the LCBO, whereas the idea of selling it through ‘specialized marijuana dispensaries’ was met with majority support.

With coalition allies ramping up their air strikes against ISIS in Syria and Iraq, and Canada opting to end its bombing mission and replace it with more military trainers on the ground, the Middle East will be a big issue for the federal government in 2016.

Unlike the two issues above, the Liberals’ position on the bombing mission against ISIS is not entirely aligned with public opinion.

If the Liberals are going to be sending more troops on the ground to train the Kurds, Canadians prefer that they keep their role to a training mission. Given the choice between training and actually getting involved in combat, in a poll by Abacus Data 57 per cent of Canadians chose the former.

The success of whatever form the Canadian mission takes, as well as the broader conflict against ISIS, will have a big impact on how Canadians view the country’s role.

This is one of the issues that may see the greatest fluctuations in public support in 2016.

For: Biggest fears for Canadians in 2016, Marijuana or ISIS?