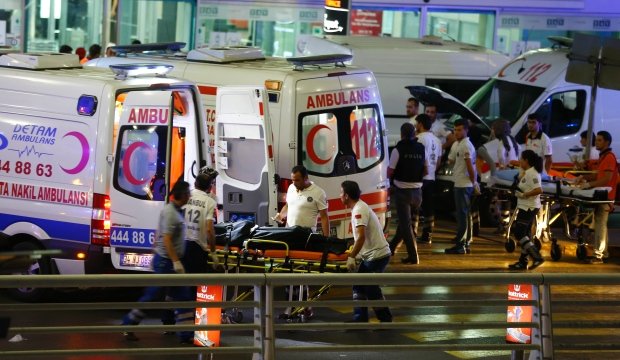 At least 50 people have been injured following an explosion at a hospital in Turkey.

The blast at Mardin State Hospital in Kızıltepe on the border with Syria was heard miles away and has left a huge plume of smoke trailing over the area.

Turkey has been rocked in recent months by terror bombings claimed by ISIS militants, as well as PKK Kurdish separatists. It is currently unclear what has caused this most recent blast however.

PKK rebels have attacked Turkish military installations from their strongholds across the Syrian border – leading to retaliation by Ankara.

Kurdish separatists have fought an insurrection against the Turkish state for decades, with atrocities committed by both sides leading to thousands of casualties.

It comes after NATO announced that Turkey’s membership is not at risk of being revoked following President Erdogan’s brutal purge after the failed coup.

The military alliance body was responding to reports in the Turkish press today from Haber Turk. A column in the paper claimed that there was a secret plot to oust Turkey from the organisation.

An attempted military coup in the Turkish capital left 290 people dead last month. But NATO has slammed the reports in a statement this afternoon.

For: Blast in Turkish hospital kills over 50 persons