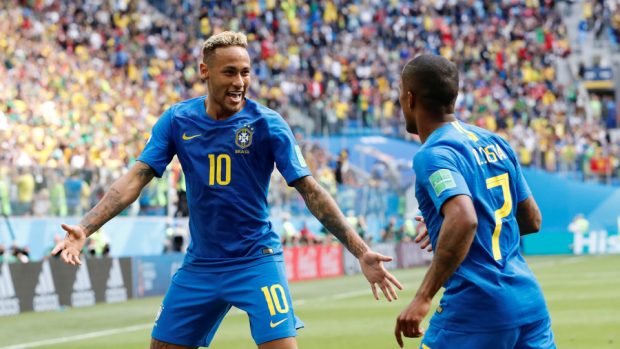 A dramatic added-time double from Philippe Coutinho and Neymar claimed a 2-0 win for Brazil in their Group E clash with Costa Rica in St. Petersburg that moved the PSG striker to tears upon the final whistle.

One day after Lionel Messi, another of the tournament’s potential stars, found himself on the wrong end of a 3-0 hammering when Croatia routed Argentina in Nizhny Novgorod, the attention turned to Argentina’s rivals in St. Petersburg.

Like Messi, Brazil number 10 Neymar had been frustrated by perceived lower opposition in their opening game, being held to a 1-1 draw by Switzerland in Rostov. Neymar, sporting a new haircut to the one that was trolled as a ‘pasta bowl’ in that game, was determined not to repeat Messi’s follow-up.