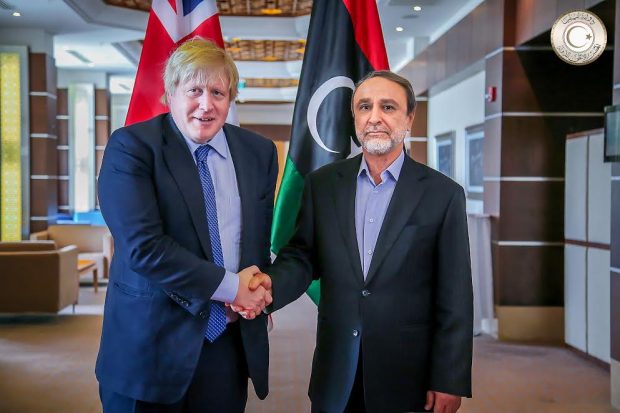 The UK Foreign Minister met with the Head of the High Council of State (HCS) Abdel Rahman Al-Sweihli, in the HCS’s headquarters in Tripoli.

The two discussed the joint interests and the mutual relations between the two countries in different fields.

“We stress that the conflict parties in Libya should reconcile and resort to dialogue to resolve the current crisis in Libya.” The British Foreign Minister said.

He added that Britain also suggests that two mini-teams of negotiations from both the HCS and eastern House of Representatives sit together to bring their dispute to an end for the benefit of the Libyan people.

The Head of the HCS, Al-Sweihli hailed the British support for the GNA, saying that the HCS will do anything to end the suffering of the Libyan people, emphasizing the need for dialogue with the HoR to stabilise Libya and bring back peace and security.

He also reiterated to the British Foreign Minister the need of having a military institution in Libya that is under civilian control, saying that this point is not up for negotiation.