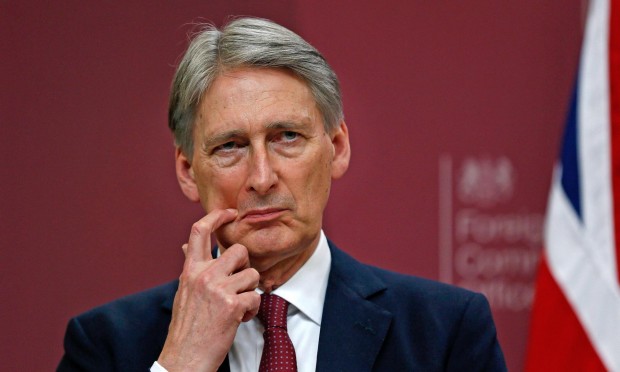 Western powers have recognised Sarraj’s government of national accord as Libya’s only legitimate government, but it faces opposition from both of the country’s existing regimes – the Tripoli-based General National Congress (GNC) and the elected House of Representatives in eastern Libya – and Sarraj may flounder without western support.
Pressure mounts on Cameron to answer MPs’ questions on Libya
Read more

The British foreign secretary, Philip Hammond, said the UK would “stand ready to respond positively to requests for support and assistance” from Sarraj, reigniting controversy over whether Britain will send troops to the strife-torn country.

Crispin Blunt MP, chairman of the foreign affairs select committee, earlier this month accused the government of planning to deploy up to 1,000 troops as part of a coalition training and assistance mission to Libya, which was denied by officials.

Blunt has called on the government to present any deployment plans to parliament amid anxiety about the UK being sucked into a new Middle Eastern conflict.

Guma el-Gamaty, a member of Libya Dialogue, the UN-chaired body that created the new government, said Sarraj was expected to ask for help to bomb Isis and train Libyan units, but ruled out the use of foreign troops in a combat role. “The new government may ask for logistics support, for training, but not for troops,” he said. “There may be selective airstrikes [against Isis] but the ground fighting will be conducted by Libyans.”
UN warns Isis is strengthening hold in Libya with ‘nationalistic narrative’
Read more

Hammond welcomed Sarraj’s presence in Tripoli, saying: “The arrival of the presidency council in the capital of Libya is an important step towards the establishment of an effective government of national accord.”

Sarraj faces a trial of strength with the GNC, which earlier this week warned him not to travel to the capital, where there has been several nights of militia skirmishes.

For the moment, Sarraj is guarded by naval personnel and militias from Misrata, which are among the most powerful formations in Libya.

An indication of the complexities facing the new government came hours after it arrived, when gunfire broke out from a nearby base of another Misrata militia opposed to it.