Clashes between Derna Shura Council and IS renew 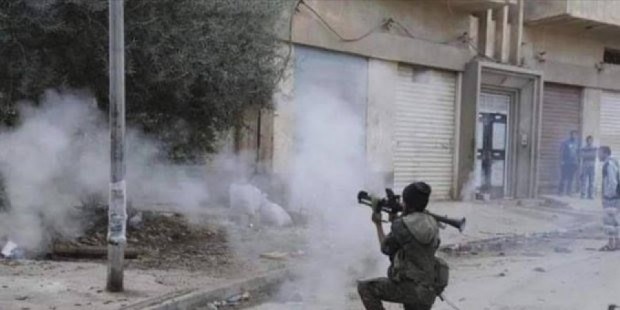 Fresh clashes broke out in Derna city between the city’s Shura Council fighters and IS militants, who lost one fighter, Hamid Abdelsalam, in Al-Wadi street area, sources reported.

The source added that Derna city’s Shura fighters also lost one person, Muhammed Belaraj, who was killed fighting against IS militants near 400 neighbourhood in the east coast area, Derna.

Another fighter from the Shura Council was injured, known as Al-Bis (the cat), Abdelsalam Al-MAnsori, in the fight in the east coast area and has been sent to medical care.

Over the last period, Derna has been a battlefield for clashes between Derna Shura Council fighters and IS militants in the last hide out for the terrorist group in the city, Al-Fatayeh area.

For: Clashes between Derna Shura Council and IS renew