Clinton faced with “inept” leadership in Libya once again 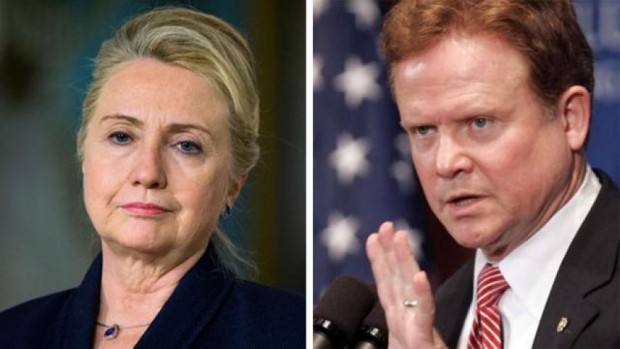 Former Democratic presidential candidate Jim Webb is accusing his party’s front-runner for her “inept leadership” in Libya as secretary of State.

“Hillary Clinton should be called to account for her inept leadership that brought about the chaos in Libya, and the power vacuums that resulted in the rest of the region,” Webb wrote in a Facebook post Saturday.

Webb said Clinton has tried to frame the situation in Libya as a successful point in her tenure at the helm of the State Department.

But he said the removal of former Libyan leader Muammar Gaddafi has only destabilized the region, giving rise to radical Islamic terrorism and fanning the flames of the Syrian civil war.

“The predictable chaos was bad enough, but it also helped bring about the disaster in Syria,” he said.

“While she held that office, the U.S. spent about $2 billion backing the Libyan uprising against Qaddafi,” he continued. “The uprising, which was part of the Arab Spring, led directly to Qaddafi being removed from power and killed by rebel forces in 2011. Now some 2,000 ISIS [Islamic State in Iraq and Syria] terrorists have established a foothold in Libya.

“Who is taking her to task for this?”

The former U.S. senator from Virginia dropped out of the Democratic primary race in October, but said he would still consider running as an independent.

For: Clinton faced with “inept” leadership in Libya once again