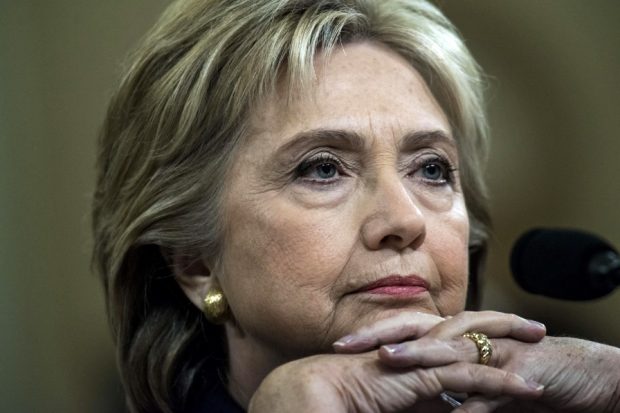 Secretary of State Hillary Clinton was planning to visit Libya in 2012, but those plans were upended when terrorists attacked the U.S. diplomatic mission in Benghazi on Sept. 11 and 12 of that year, according to newly revealed testimony given to the House Select Committee on Benghazi, which is set to release its highly anticipated report Tuesday.

Ambassador J. Christopher Stevens, who died in the attacks along with three other Americans, told then-Deputy Chief of Mission Gregory Hicks in July 2012 that Clinton wanted to visit Libya again, perhaps in October, according to Hicks’s testimony to the committee. Stevens told Hicks that he wanted to have a “deliverable” to announce if and when Clinton came to Libya, namely that the temporary U.S. mission to Benghazi would be made into a permanent U.S. diplomatic facility.

The new detail is one of the few revelations in the several-hundred-page report the Benghazi committee is releasing Tuesday. After spending the better part of two years and more than $7 million, the panel headed by Trey Gowdy (R-S.C.) is under pressure to show that its investment of time and taxpayer money was not wasted. Following several other investigations into the attacks, there’s not much left to know, but Republicans plan to highlight whatever new nuggets of information they can.

For Clinton, all news about the Benghazi attacks is bad news. The report details Clinton’s actions on the afternoon and night of the attacks, and Republicans plan to argue that she, along with other top Obama administration officials, failed to mount a robust and coordinated response while terrorists stormed the Benghazi mission and a nearby CIA annex. Though these are allegations that Clinton has fended off several times before, their resurgence with some new information will uncomfortably bring her worst night as secretary of state back to the fore of the presidential campaign.

For: Clinton was planning a visit to Libya when Benghazi attack took place in 2012