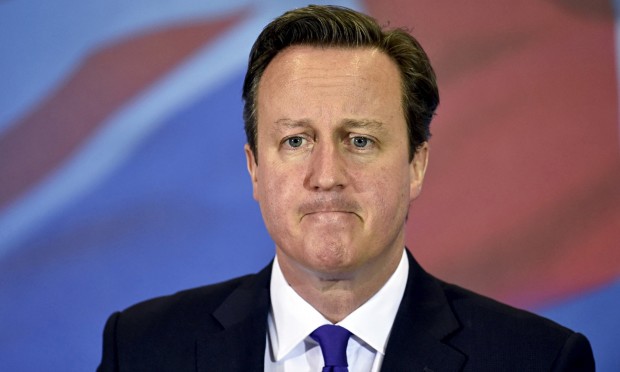 David Cameron has admitted he did have a profitable stake in his father’s offshore investment fund, but sold it for around £30,000 before he became Prime Minister.

The admission comes five days after the leak of a huge cache of documents – dubbed the Panama Papers – detailing the tax affairs of thousands of individuals of worldwide. They revealed that the Prime Minister’s father, Ian Cameron, who passed away in 2010, ran a fund under the name Blairmore Holdings.

Downing Street staffers initially said that it was a “private matter” whether or not Mr Cameron had benefitted from the fund. They later issued a series of statements denying the Prime Minister currently benefitted from offshore funds, or stood to do so in the future.

Labour has condemned the way information about Mr Cameron’s financial affairs was revealed with “drip, drip” statements, and the revelations will raise questions about why Mr Cameron did not admit to personally profiting from an offshore fund until five days after the Panama Papers were leaked.

But in an interview with ITV News, he insisted that it was a “fundamental misconception” that Blairmore Holdings, set up by his father in the 1980s and run from the Bahamas, was set up to avoid tax. He said his father was being “unfairly written about”.

He said that his and Samantha Cameron’s profit from the scheme was “subject to all the UK taxes in the normal ways”.

A Downing Street source added that no Prime Minister had ever been so open and transparent about their financial affairs. The Camerons decided to sell the stake when it was possible he could become Prime Minister, the source said.

“So I want to be as clear as I can about the past, about the present, about the future, because frankly, I don’t have anything to hide.

“I’m proud of my dad and what he did and the business he established and all the rest of it.

“I can’t bear to see his name being dragged through the mud, as you can see, and for my own, I chose to take a different path from my father, grandfather and great-grandfather, who were all stockbrokers, and I’ve got nothing to hide in my arrangements and I’m very happy to answer questions about it.”

Labour’s deputy leader Tom Watson pointed out that Mr Cameron had “previously described the actions of others who invested in these complex schemes as ‘morally wrong'”.

“I’m sure he will now consider voluntarily paying the money that, in his own words, should morally belong to the Exchequer,” he said.

On whether Mr Cameron should resign, Mr Watson told Sky News: “I think it’s too early to tell. He may have to resign over this but I think we need to know a lot more about what his financial arrangements have been, why it’s taken three days for him to answer legitimate questions from journalists, why he didn’t come clean when he heralded in the new age of transparency, and what other shareholdings does David Cameron have or has had since he was a Member of Parliament.”

It was not too early for John Mann, a Labour MP and member of the Treasury Select Committee, who said the Prime Minister should quit. He wrote on his Twitter account: “Cameron has been less than honest. He should resign immediately. Most decent people would expect nothing less.

The Prime Minister was forced to respond after it emerged that he sent a letter to the European Council president Herman van Rompuy in 2013 arguing for trusts to be treated differently from companies in anti-money laundering rules.

In the letter, Mr Cameron claimed that it was “clearly important we recognise the important differences between companies and trusts”.

“This means that the solution for addressing the potential misuse of companies, such as central public registries, may well not be appropriate generally,” the letter said.

Forced to respond to the allegations, following a speech in Exeter about the European Union, Mr Cameron told students he had put tax avoidance at the top of the agenda during his chairmanship of the G8 group of leading nations.

“Britain has been an absolute leader on this and we will continue to do it,” he added.

For: David Cameron admits to having a share in his father’s offshore investment fund