Deadly ISIS attack on checkpoint in Iraq kills a dozen 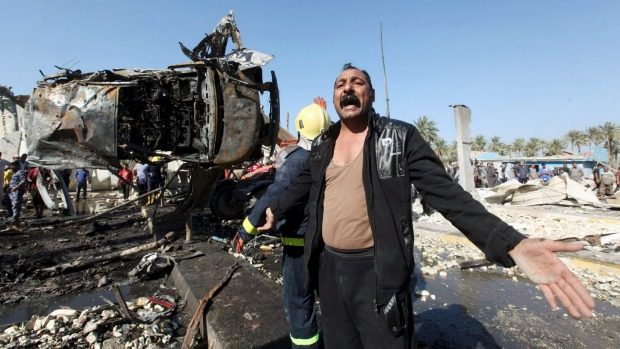 At least six civilians and two policemen have been killed in a suicide car bomb attack at a police checkpoint north of Iraq’s capital, Baghdad, according to security and medical sources.

Wednesday’s bombing was the second attack in the al-Rashidiya district to claimed by the Islamic State of Iraq and the Levant (ISIL, also known as ISIS) in as many days.
I
Up to 23 people were also wounded, a police officer told the Associated Press news agency, when the attacker detonated his explosives-laden vehicle at the checkpoint.

ISIL, which regularly carries out such bombings in the capital and other parts of Iraq, where it seized large swaths of territory in 2014, said in an online statement it had targeted the army.

The attack came a day after a suicide car bombing at an outdoor vegetable and fruit market in Rashidiya killed at least 12 people.

Baghdad is on high alert for attacks after another ISIL-claimed blast in the central Karada district on July 3 killed more than 300 people.

This was the deadliest bombing in Iraq since US-led forces toppled Saddam Hussein 13 years ago.

On Monday, visiting US Defense Secretary Ash Carter said Washington will send 560 more troops to Iraq to help in the fight against ISIL.

For: Deadly ISIS attack on checkpoint in Iraq kills a dozen