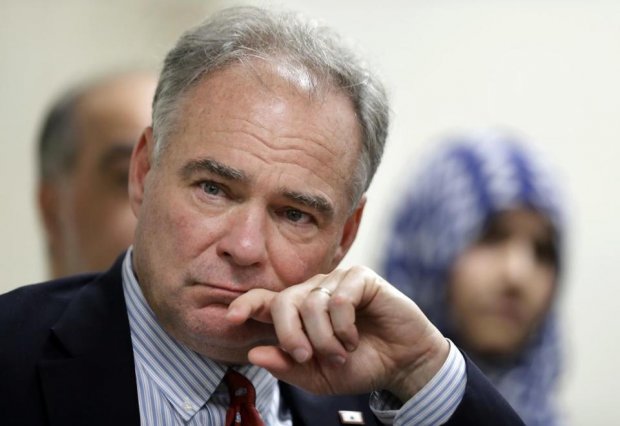 Democratic vice presidential candidate Tim Kaine said he didn’t believe the U.S. had legal authority to carry out airstrikes against Islamic State militants in Libya this week, underscoring differences over the issue with his running mate, Hillary Clinton.

In an interview Sunday on NBC’s Meet the Press, Sen. Kaine (D., Va.) blamed Congress for failing to update the congressional war authorization passed after the Sept. 11, 2001, attacks, despite new terror threats that have emerged in the subsequent 15 years.

“I don’t think the current legal authorities are sufficient to wage this war again ISIL,” Kaine said, using an alternative term for the group that has rampaged through Iraq and Syria and now turned its sights on Western Europe and the U.S. “I have very grave doubts about whether the legal authorities currently in place allow us to wage an offensive war against ISIL.”

U.S. aircraft began hitting Islamic State targets earlier this week in the coastal Libyan city of Sirte, an effort to help troops fighting for the United Nations-backed Tripoli government. It is the third time U.S. forces have attacked Islamic State militants in Libya, but the first time they have done so to support a ground offensive.

The Obama administration has said the legal authority for the strikes, along with the rest of the campaign against Islamic State, derives from the 2001 authorization from Congress which allowed action against the perpetrators of the Sept. 11 attacks and affiliate groups.

For: Democratic vice president nominee slams US anti-ISIS strikes as not authoritative