Did Netflix and Amazon changed the rules of TV? 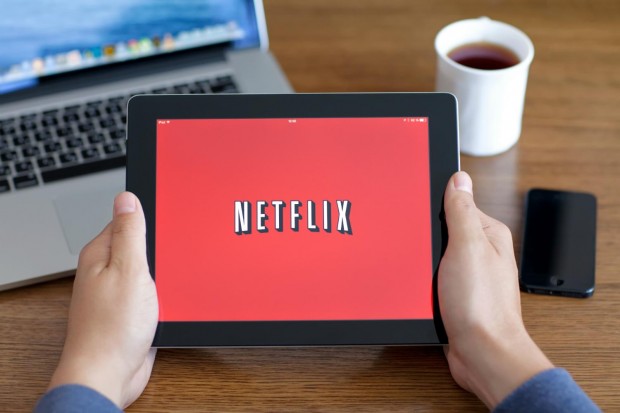 This year, in lieu of the traditional Best Of Lists, we thought it would be fun to throw our writers into a draft together and have a conversation. This time, Ross Miller and Lizzie Plaugic discuss how streaming platforms became the first choice for critically adored and highly anticipated content. The Mindy Project moved from Fox to Hulu; Aziz Ansari’s Master of None went straight to Netflix. This year, streaming platforms positioned themselves as stand-alone platforms rather than ones that complemented a cable subscription. And it was the year stodgy old networks began to see these platforms as a real threat.

Lizzie Plaugic: I think going into 2015 everyone expected streaming services like Netflix and Hulu to pick up some steam. But it ended up being a lot of steam: several of the most anticipated television shows this year — Master of None, The Unbreakable Kimmy Schmidt, Wet Hot American Summer: First Day of Camp — never even touched network television. This was the year streaming services moved from being an alternative to cable, to being a full-scale replacement for it. Mostly this was because writers and actors finally saw streaming services as a desirable home for their passion projects, instead of a last resort. This new legitimacy probably has something to do with the fact that the coveted 18-34 age bracket happens to overlap with the most common age of cord-cutters (20-somethings love Aziz Ansari, cult comedies, and stories about being trapped in a bunker).

But Netflix, Hulu, and HBO also have fewer restrictions than traditional TV networks. In a Reddit AMA this fall, Ansari said, “We pitched only to premium spots cause we didn’t want to deal with content issues. On Netflix, we never had one issue with content. Also, no need to edit to commercials.”

Ross Miller: Ansari’s point speaks to one of the most exciting creative changes that the new streaming model allows. Gone are the days where you have write / shoot / edit around commercial breaks and — this is my favorite — you can choose to build an episode around the idea of people binging. It’s a boon to serialized storytelling, in that shows like Sense8 aren’t burdened by having to build stories around the idea of having some “OMG moment” that keeps viewers coming back every week. And because Netflix and Amazon especially are releasing all episodes at once, not only does it encourage binge-viewing, it also means the showrunners get to tell their full-season story without the fear of cancellation or having to react to changes in viewership.

I’m rambling a bit, but the point is, Netflix, Hulu, and Amazon have given creatives way more freedom by nature of their distribution model. This isn’t an entirely new point, as House of Cards and Orange is the New Black have been around for years, but now they’re increasingly winning the big awards. Transparent legitimized Amazon as a place for original content, and it means we now have multiple streaming “networks” that can offer creative freedom, shelter from the pressure of viewership, and now, especially, the prestige and chance to win awards.

Lizzie: I like the idea that the potential for binge-watching removes the pressure of getting viewers to tune in each week. But this little loophole doesn’t hold true for for streaming services from established cable brands. Take HBONow and Showtime: even if you don’t need a premium cable subscription to watch their shows anymore, you’re still chained to the weekly viewing schedule. True Detective fans who managed to last through all of season two this year had to wait, day by day, just like everyone else, before they were able to watch the next episode. The bonus to having your audience sit patiently for new episodes is you can keep the suspense going. This season of True D was so bonkers, maybe it was a good thing viewers had an entire week to sort through the plot, or convince themselves they should keep watching. Still, HBO and Showtime never exactly needed their streaming services to be legitimized, because their names were already attached to hugely popular shows.

Ross: Not to mention HBO and Showtime have a storied backlog of renowned titles, and I think being a place for critically acclaimed original content is a new Netflix narrative as well. The company established itself as a place to watch other people’s shows, but every month it seems that collection becomes less compelling, while simultaneously, the number of original Netflix series this year was huge (and is poised to double next year). Cable channels have grown on similar trajectories — start with surefire licensed content as you build your own catalog and find your voice (and in some cases, reboot the classic content like Full…er… Fuller House). In that regard, Netflix has taken a largely traditional model and mapped it to where the audience has moved to.

Now it seems more and more like traditional TV channels are also looking to offer premium à la carte streams (e.g. CBS All Access). This year Netflix and Hulu proved they can do television as good as — if not better than — cable. And, as cable channels like CBS, NBC, and Discovery have already proven with the launch of their own subscription streaming services, next year will be the year television definitively starts copying Netflix.

For: Did Netflix and Amazon changed the rules of TV?