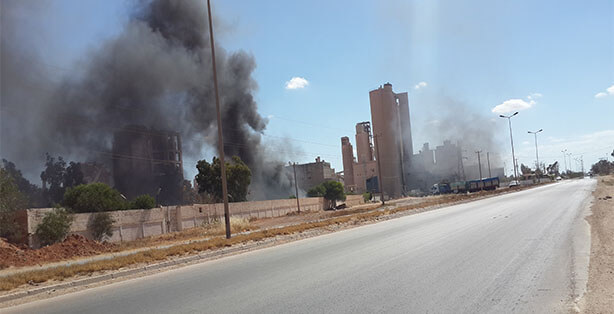 Dignity Operation’s forces loyal to Khalifa Haftar have taken control of an area of Benghazi from the fighters of Benghazi Shura Council, reports say.

Khalifa Haftar’s troops have now put their hands on Al-Gwarsha neighbourhood of the eastern city, according to the Dignity Operation’s spokesman, Khalifa al-Obeidi.

“We are presently pursuing the Shura fighters who are entrenched 1km east,” he said.

Six of Haftar’s fighters died in clashes this week in Al-Gwarsha district, including four special forces killed by a landmine explosion, Obeidi said.

Haftar leads forces in an operation that started in May 2014 and calls it “Dignity Operation,” which is fighting the city’s Shura Council fighters and opposes the country’s UN-backed Government of National Accord in Tripoli.

Earlier this month, reports and leaks as well as France’s President disclosed that Haftar has been backed by international troops from Britain, France and Italy, among others, despite his opposition to the GNA.