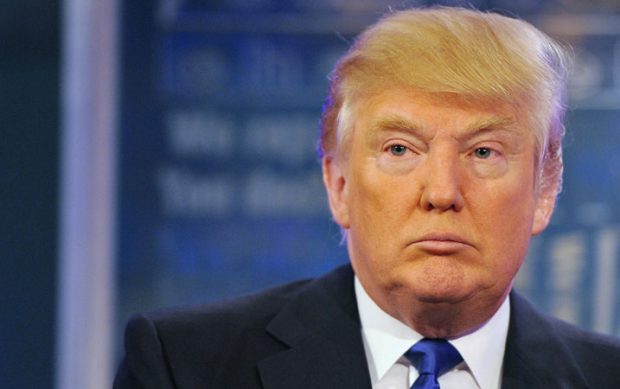 Donald Trump reversed himself again on Libya on Sunday, saying in an interview that he would have authorized a “surgical” strike to take out Muammar Qadhafi, after months of telling voters the country would have been better off if the dictator were still alive.

“I didn’t mind surgical. And I said surgical. You do a surgical shot and you take him out,” Trump said in an interview on CBS’ “Face the Nation.”

It’s his latest reversal on a crucial element of the Obama foreign policy. Trump has spent most of the 2016 campaign contending that a bungled Obama intervention in Libya is proof that the United States should’ve stayed out altogether.

“I never discussed that subject. I was in favor of Libya?” Trump said at a Texas debate in February. “We would be so much better off if Qadhafi would be in charge right now.”

That statement itself was a reversal from 2011, when Trump in a video blog argued that Qadhafi was slaughtering his citizens and that the United States should, “on a humanitarian basis, immediately go into Libya, knock this guy out very quickly, very surgically, very effectively, and save the lives.”

Pressed Sunday by John Dickerson about the shifts, Trump said, “I was for something, but I wasn’t for what we have right now,” Trump said. He added, “I wasn’t for what happened. Look at the way — I mean look at with Benghazi and all of the problems that we’ve had. It was handled horribly. … I was never for strong intervention. I could have seen surgical where you take out Qadhafi and his group.”

For: Donald Trump reverses his “military intervention push” in Libya