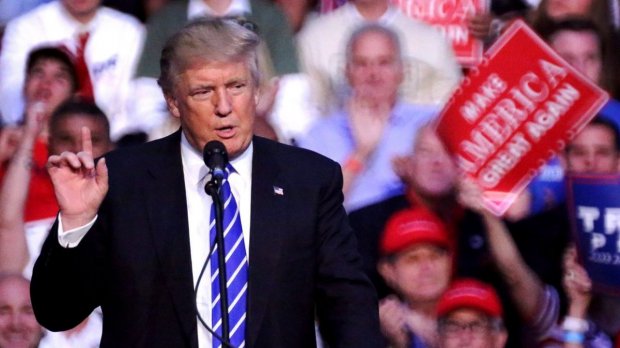 Republican Donald Trump has described US President Barack Obama as the “founder” of the Islamic State group.

“They honour President Obama,” he told a rally in Florida on Wednesday. “He is the founder of Isis [Islamic State].

She responded by accusing him of “trash-talking” the US and echoing the talking points of Russian President Vladimir Putin.

Mr Trump stood by his remarks on Thursday, using a sports phrase to say Mr Obama and Mrs Clinton were the Islamic State’s “most valuable players”.

The Republican presidential nominee has endured 10 days of negative headlines after a string of controversial comments.

Most recently, he appeared to urge his supporters to take up arms against Mrs Clinton to stop her from appointing liberal judges to the US Supreme Court if she wins the election.

The hotel developer-turned-politician denied he was inciting violence, but the daughter of former President Ronald Reagan, who was shot in 1981, condemned his “verbal violence”.

For: Donald Trump said Barack Obama has founded IS