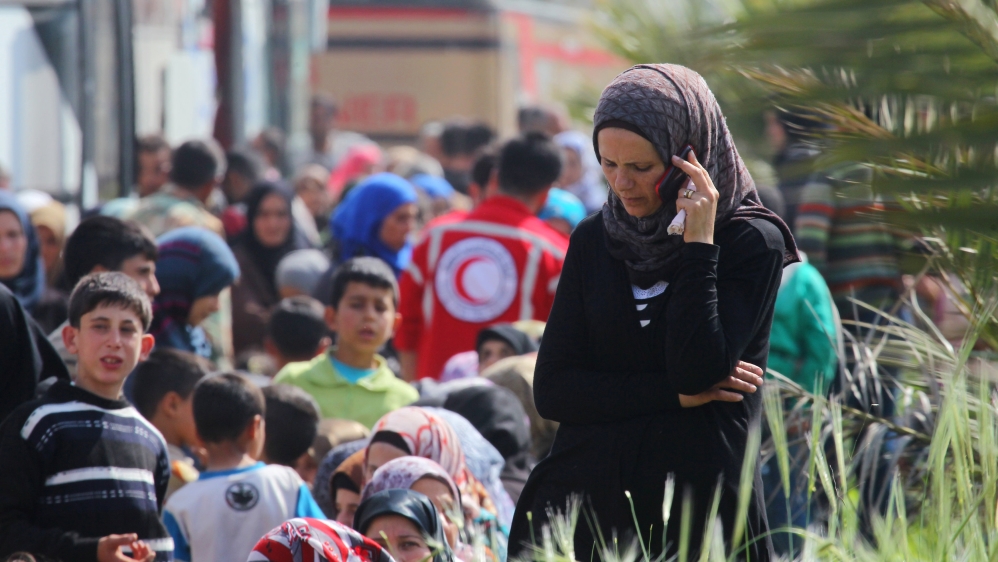 A bomb blast hit a bus convoy waiting to cross into government-held Aleppo in Syria on Saturday, killing dozens of people evacuated from two Shi’ite villages the day before in a deal between warring sides, Reuters reported on Saturday.

The agreement had stalled, leaving thousands of people from both government-besieged and rebel-besieged areas stranded at two transit points on the city’s outskirts, before the explosion occurred, Reuters added.

Late on Saturday buses began crossing into both government-held and rebel-held territory from the two transit points as the deal resumed, pro-Damascus media and the Syrian Observatory for Human Rights monitoring group reported.

But the incident underscored the difficulty carrying out any agreement between warring sides in a volatile and complex Syrian conflict which, in its seventh year, shows no signs of easing, Reuters explained.

A media unit run by Damascus ally Hezbollah said the attack was carried out by a suicide car bomb and killed at least 40 people. The Observatory said more than 24 were killed and scores more wounded, according to Reuters.

Footage on state TV showed bodies lying next to charred buses with their windows blown out, and vehicles in flames.

Reuters added that the blast hit buses in the Rashidin area on Aleppo’s outskirts. The vehicles had been waiting since Friday to cross from rebel-held territory into the government-controlled city itself. Ambulances later took the wounded to hospital in Aleppo.

The convoy was carrying residents and pro-government fighters from the Shi’ite villages of al-Foua and Kefraya, which are besieged by rebels in nearby Idlib province, an insurgent stronghold, according to Reuters.

They had left under a deal where, in exchange, hundreds of Sunni insurgents and their families were granted safe passage from Madaya, a government-besieged town near Damascus, Reuters further explained.

But a delay in the agreement had left all those evacuated stuck at transit points on Aleppo’s outskirts since late on Friday, according to Reuters, which added that Residents of al-Foua and Kefraya waited in the Rashidin area.

For: Dozens of Syrians lining up for evacuation killed by bomb blast at bus convoy