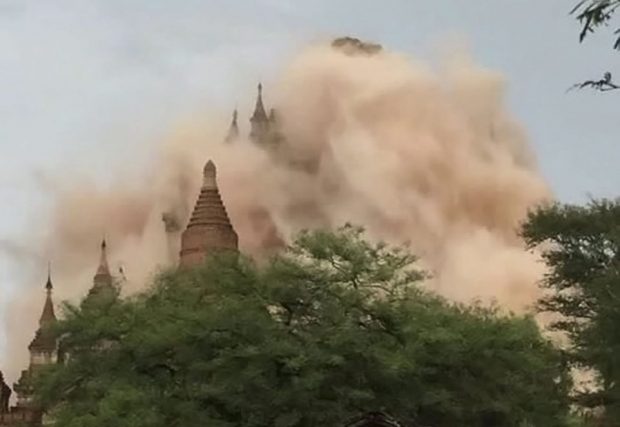 A 6.8 magnitude earthquake has hit central Myanmar, and was felt in Thailand, Bangladesh and India, reports say.

No casualties have yet been reported but the quake hit near the ancient city of Bagan, a major tourist site.

Underground railway services have been suspended in the Indian city of Kolkata, the AFP news agency reports.

At least 20 people were injured in the Bangladeshi capital, Dhaka, as they fled a building, local media report.

Early reports have suggested temples at Bagan, the site of thousands of Buddhist monuments, may have been damaged.

For: Earthquake has hit Myanmar, felt in Thailand, Bangladesh, India