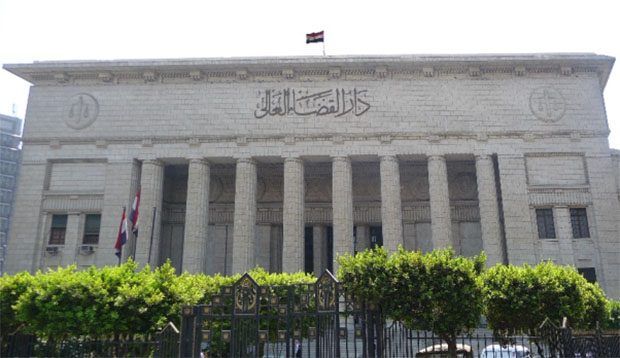 An Egyptian court on Saturday sentenced two local men to death on charges of involvement in militant attacks in Libya and planning assaults in Egypt, legal sources said.

The convicts are identified as Ahmad Mohammad, a 33-year-old mosque preacher; and Mohammad Eid, a labourer aged 23.

The Cairo Criminal Court also handed down terms ranging from life imprisonment to three years in jail to 12 defendants in the same case. Two others were acquitted. All rulings can be appealed.

The session was held at a makeshift courtroom in a police institution in southern Cairo for security reasons, the sources said.

The case, dubbed in the local media as “The Libya Returnees”, dates back to early 2015 when the defendants were arrested at Egypt’s Al Salloum border crossing on suspicion of involvement in violence in neighbouring Libya.

They were charged with terrorism, setting up an illegal group and planning attacks inside Egypt. All the accused are Egyptian nationals.

For: Egyptian court sentenced 2 nationals for involvement in militant attacks in Libya