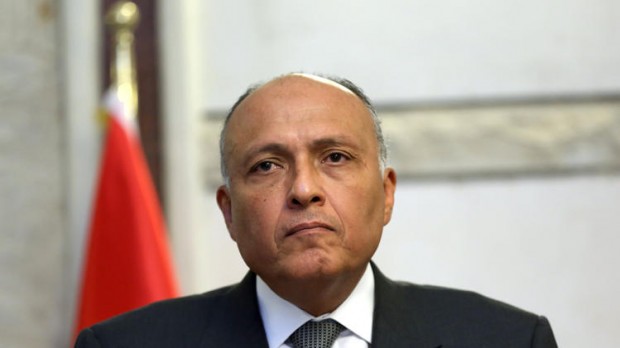 Along with representatives from other Arab countries at a meeting in Tunisia, Shoukry said Tobruk parliament must provide the necessary legitimacy to the newly formed government.

A UN-sponsored deal between rival factions in Libya’s government gave way to a unity government deal that was announced in December. However, the unity government has yet to gain support from government, furthering a void of governance that has been filled with an increase in “Islamic State” (IS) and militant activity in the country.

Shoukry noted that Egypt has supported Libya’s Tobruk parliament as the only legitimate body in Egypt’s neighbouring country. He also said the international community should support the “Libyan army” so that it is able to fight the growing threat of terrorism in the country.

Shoukry also praised the efforts of UN delegate to Libya, Martin Kobler, for achieving a political solution in the country.

Kobler held a meeting last week with the Egyptian deputy foreign minister for neighbouring countries’ affairs, Osama Al-Magdoub, in which they discussed efforts to support a Libyan national unity government in order to achieve stability in Libya, according to the Ministry of Foreign Affairs.