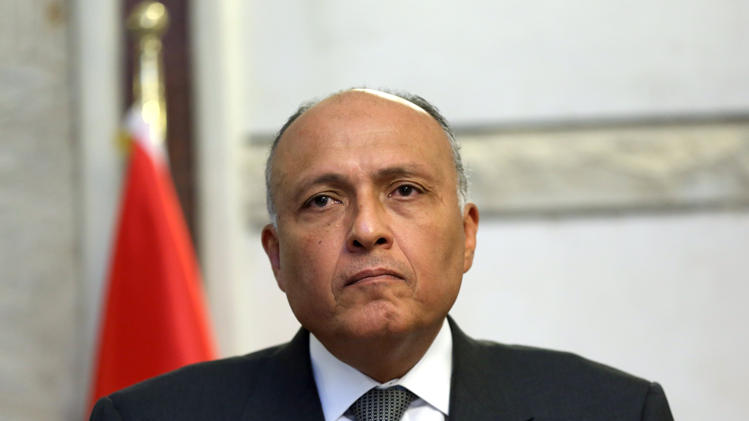 Speaking at a news conference with Russian Foreign Minister Sergei Lavrov, Shoukry said the attack on the Christians proved that Libyan militants were capable of targeting Egypt, Reuters indicated.

“The tragic work in Minya is evidence of the extent to which these groups, which are determined to commit these horrific crimes, can target the innocent in order to destabilise Egypt,” Shoukry said, according to Reuters report.

“(Egypt) targeted the bases of these organisations in order to get rid of them and to limit their ability to threaten Egypt’s national security. This is in full coordination with the Libyan National Army,” he said, using “Libyan National Army” to mean Operation Dignity Forces of Khalifa Haftar.

Shoukry said Egypt looked forward to “Russia utilising all of its available capabilities to work together to get rid of terrorism.” Reuters report added.

The Egyptian warplanes carried out three airstrikes on Derna locations Sunday night – Monday dawn, after they had raided Friday Derna city on what it said locations for Derna Shura Council.

Egyptian fighter aircraft are also believed to have raided Hun town in central Libya on Sunday as well.