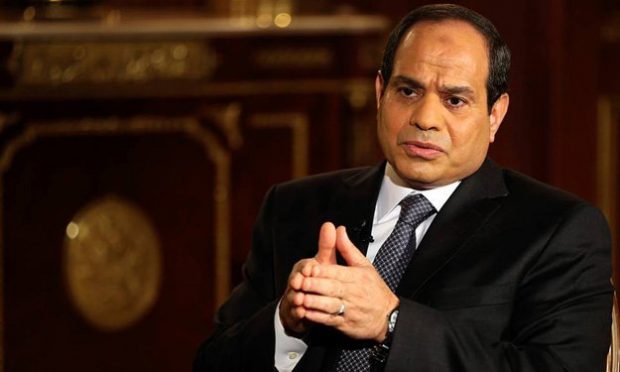 Al Jazeera – Egyptian President Abdel Fattah el-Sisi says he supports the Syrian military – a position at odds with his country’s Gulf benefactors such as Saudi Arabia.

The former army chief, who has overseen a warming of ties with Syrian President Bashar al-Assad’s main backer Russia, made the comments during an interview aired on Tuesday with Portuguese broadcaster RTP.

“Our priority is to support national armies, for example in Libya to assert control over Libyan territories and deal with extremist elements. The same with Syria and Iraq,” he said, responding to a question on whether Egypt would contemplate a UN peacekeeping role in Syria.

Asked by the interviewer whether he meant the Syrian military, he responded: “Yes.”

The government of Sisi, who was elected in 2014 almost a year after overthrowing president Mohamed Morsi, had been supported by billions of dollars in aid from Saudi Arabia. But ties appear to have cooled between the two countries amid disagreements over Syria.

For: Egyptian Presidential speaks out support of Syrian Army