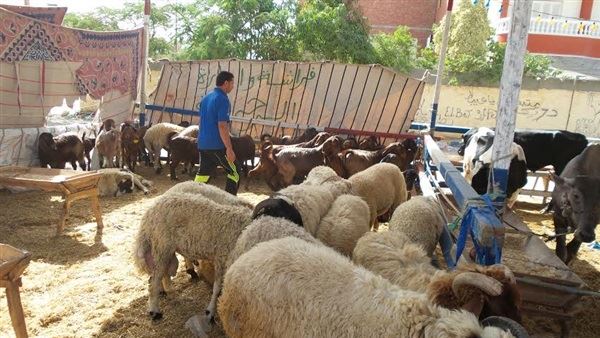 Cash shortage has never been this tough on Libyans as nowadays as it coincides with the coming of Eid Al-Adha , when people are obliged to buy sheep as “a sacrifice” as part of Islamic traditions and worshiping rituals. This need for buying is met with tight-wad banking experience and acute cash shortages. 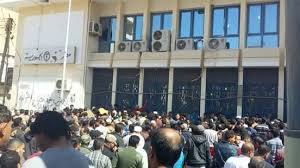 Eid Al-Adha is approaching the Libyan families very fast – on next Monday – yet over 60% of them are at the mercy of the banks where their salaries and money are placed. They keep waiting in files for the coming of cash everyday from morning to evening hoping to collect the sum they need for the coming religious holiday as it is very depressing if Adha comes with their pockets empty and with no ability to buy the sacrifice.

Libyans are not only faced with delayed salaries and lack of cash, but they are also suffering from the lack of bread obliging them to queue at the bakeries, and lack of fuel and crowdedness at the gas station, not to mention the 10-hour long daily power outages. 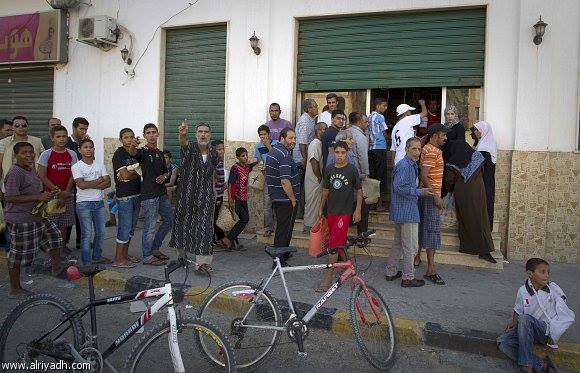 “We’re passing by the stables where people are selling the sacrifices for Eid Al-Adha and we just look and then go away, we cannot afford buying a sacrifice this year. We have not yet got our money from the bank, our salaries were not cashed out because banks say there is no cash. It is going to be a very dim and uninteresting celebration this year, for us and for many Libyans like us.” A family explained their dilemma to the Libyan News. 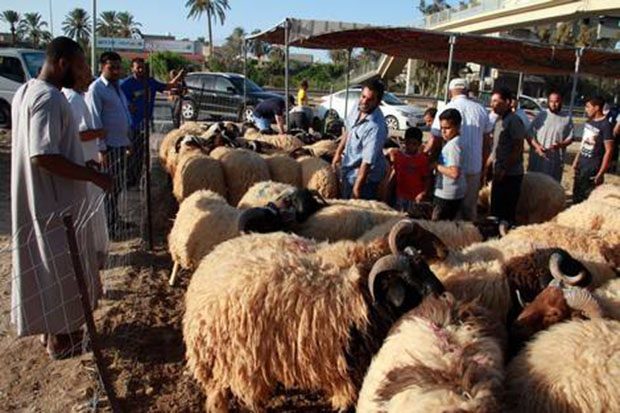 “This comes as many other Libyans have no idea what is going on with their fellow citizens as they are pretty detached from the reality of the situation. Those 30%+ of Libyans are the ones who are controlling the political, economic and social scenes in the country. They are making enough money out of the crisis to the extent that they don’t even know or care about the shortages and outages going on in their country. Those are the ones who put us into our grief. They are here in the west, there in the east and they are spread all around Libya trying to steal our money and make us beg for it at the doors of banks.” Another family told the Libyan News.

Therefore, Eid Al-Adha is approaching as anger and unrest among Libyans tense everyday with no actions taken by the governments whether in the capital or elsewhere, let alone complete carelessness by the Central Bank of Libya, which has not moved along and has not done anything to deal with the current crisis that is putting Libyans’ daily lives at stake.

For: Eid Al-Adha sparks wrath among Libyans over cash shortages and government carelessness