Prospects for holding national elections this December are bleak. The House of Representatives (HoR) and the High Council of State (HCS) failed to produce the constitutional basis and election laws as required. Aguila Saleh, HoR president, in violation of the roadmap and the Libyan Political Agreement, is unilaterally working on a redistricting plan and election law, threatening to form a new government, and demanding the dissolution of the Libyan Political Dialogue Forum (LPDF). Haftar insists on not being bound by any authority. The LPDF, having been put on the backburner by UNSMIL in favor of HoR, failed to break this impasse because UNSMIL would not allow the use of the voting mechanism used to remedy a similar deadlock in selecting the new executive authority. In this conflictive and distrustful political environment, and with time running out, UNSMIL is groping for answers while grappling with internal dissonance and a perplexing mediation strategy.

Those who have first-hand experience with the current political bodies and personalities will confirm few ideas, which we need to understand if we want a way out of this bind. 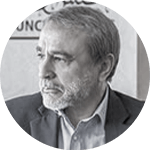 Dr. Abdurrahman Sewehli
The former head of the High Council of State (HCS)

For: Elections on 24 December… What Prospects?