Some of you may have noticed that there is a trend supported by some foreign countries and some Libyan parties to hand over the administration of the country
and its resources to a foreign trusteeship under the pretext of transparency, and to disclose the revenues derived from the sale of the country’s crude oil and its by products and also disclose the expenses produced from importing goods in hard currency and local government expenses in Libyan dinars.

To this day, we have not seen any clear position or official statements in this regard, from the executive, legislative, or from the regulatory authorities.

This is indeed a very dangerous precedent and did not occur in the entire history of Libya except during the rule of Italian colonialism, and for a short period when the country was under an English mandate after World War II.

I am not sure whether the above-mentioned Libyan government agencies are aware of the sensitivity of the situation and the danger to the country if the proposal of “food against crude oil” is realised.

All branches of the state, such as the executive, supervisory and legislative institutions, are responsible before the law, the judiciary, and the Libyan people, sooner or later, if they neglect the matter thus betraying the trust of office if the country is run by “external parties” and no serious stance is taken to stop it.

We have seen how these events unfolded in some countries resulting in the theft of billions by external parties, as happened in Iraq under the American invasion. We recently also saw this occurring in Afghanistan where the allocation of their frozen reserves in American banks were proposed to be given to victims of the 9/11 bombings of the World Trade Center. The government of Afghanistan and its citizens had nothing to do with this.!

This proposed development of a foreign trustee or tutelage for Libya is extremely dangerous. All Libyans should go to the streets in peaceful protests against these vile actions and we call on all the supervisory and legislative bodies in the country to intervene and stop the proposal.

A foreign administrator is not required to manage Libya’s foreign reserves and expenses. This is simply a way of exercising control over Libya’s resources and sovereignty.

Another dangerous development and I suspect this was an introduction to the development above to make it easier to seize Libya’s foreign reserves. This development relates to the revenues derived from the sale of crude oil. These proceeds which were usually deposited in the Central Bank of Libya. Now and for the past few months and at the instigation of the National Oil Corporation of Libya, these sale proceeds have been kept at the Libyan Foreign Bank under the pretext of transparency.

This behavior is extremely dangerous for the following reasons:

1- The Libyan Foreign Bank is of a commercial legal capacity rather than a sovereign entity even though it is wholly owned by the Central Bank of Libya. Any party with may have claims on the Libyan government and its institutions may through international courts seize these funds that are deposited at the Libyan Foreign Bank a foreign, including the oil revenue proceeds. Moreover, the balance sheet of this bank is very weak and suffers heavily from the deterioration of its asset base over the past few years. It has insufficient capital adequacy ratios and insufficient provisioning against its doubtful exposures.

In contrast, the central bank has a strong balance sheet, and is recognized as a sovereign entity with special legal immunity recognized in international circles. This makes it difficult for any
party abroad to claim or seize its assets.

Therefore, the country’s reserves are safe with the Central Bank, but not with the Libyan Foreign Bank, where these funds will be exposed to great unnecessary risks, as explained above.

2- There are unconfirmed rumors that the proceeds of crude oil sales deposited at the Libyan Foreign are currently being used by the National Oil Corporation in barter trade mechanisms against its import requirements of Gasoline, Diesel and possibly other products. If this is indeed the case, then in the name of transparency what is required immediately is an independent audit of all these operations to determine and divulge the pricing mechanism used, the contracting methods used, the law jurisdictions these barter trades are under, and most importantly with what authority did NOC embark on these barter trades and with what authority did it stop these oil proceeds from being deposited at the Central Bank of Libya. At the moment all this is not subject to any independent audit outside the National Oil Corporation. I suspect that this procedure was not followed before, and that the purchase of petroleum products was governed under a different and transparent procedure.

For these reasons, we address and demand the government bodies to investigate and stop these actions. We also demand to subject those who took the decisions to enter into these barter structures to investigation to determine by which law or authority were to justify such actions. The same applies to the decision to stop the oil revenues from being deposited at the Central Bank of Libya.

We also demand the House of Representatives (Parliment) to issue specific legislation limiting the revenue from the sale of crude oil to be deposited in the account of the Ministry of Finance at the Central Bank of Libya. Furthermore if greater transparency is required in the absence of The Central Bank of Libya board meetings, then an international accounting firm can be appointed by the parliament or the central bank to independently audit the oil revenue proceeds and the government expenses which are paid from the accounts at the Central Bank and issued monthly to the public.

Everyone who is aware of these developments in the Libya is in a state of frustration and anger due to the chaotic procedures followed by the departments of government and their subsidiaries and agencies, which resulted in the suspension and investigation of many government officials from work for fraud and for acting illegally out of the norms of the law.

Every Libyan citizen should immediately protest peacefully against these acts and irresponsible behavior. 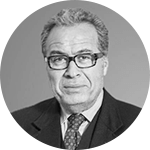 For: Foreign guardianship is a futile betrayal of our sovereignty