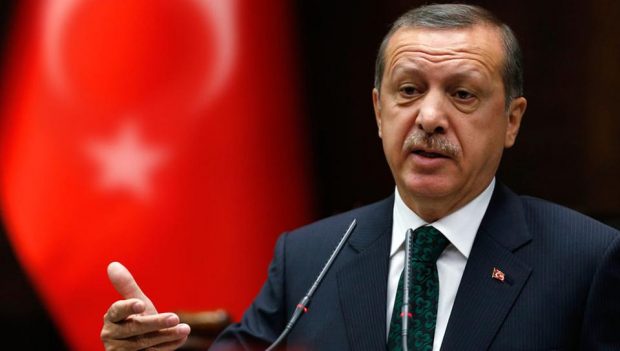 Turkish President Recep Tayyip Erdoğan has expressed his country’s readiness to take unilateral action against the Islamic State of Iraq and the Levant (ISIL) following a series of attacks by the group on the border province of Kilis.

“While our citizens are being martyred every day by rockets fired from the other side, what will we wait for from the allies,” Erdoğan said at an event called “Domestic and National Will in Turkish Political History.” “If so, we will pull ourselves up by our bootstraps.”

“We are doing all the necessary preparations to clean the other side of the border because of the troubles being experienced in Kilis, but we haven’t yet been able to receive the support that we desire from allies,” Erdoğan said.

Turkish daily Yeni Şafak reported that a 20-strong Turkish military team crossed into Syria over the weekend on a reconnaissance mission to seek out ISIL launchers to target in artillery strikes, but this has not been officially confirmed.

Erdoğan again accused the international coalition battling ISIL in Syria of abandoning his country to fight the jihadists on its own soil in the face of regular attacks on Kilis by ISIL.

Around two dozen people have been killed in the southeastern province of Kilis by rocket fire from ISIL since January, prompting the Turkish Armed Forces (TSK) to respond with artillery fire.

For: Erdogan: Turkey to take unilateral military action against ISIS in Syria