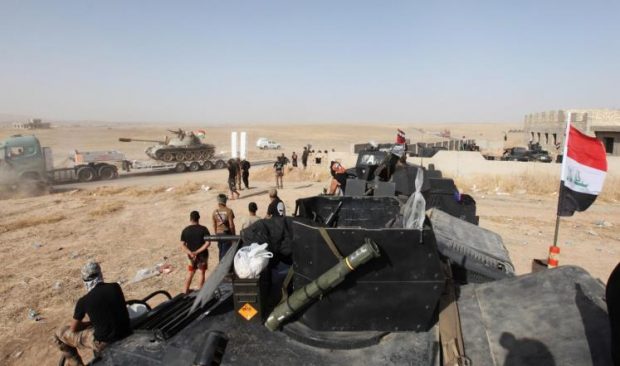 The European Union should be prepared for an influx of jihadists if the so-called Islamic State (IS) is driven out of its Iraqi stronghold, Mosul, the EU’s security commissioner warns.

Julian King told Germany’s Die Welt newspaper that even a small number of militants would pose “a serious threat that we must prepare ourselves for”.

Iraqi forces launched what is expected to be a lengthy offensive on Monday. As many as 5,000 IS fighters are believed to remain in Mosul.

The International Committee of the Red Cross said on Tuesday that it feared the fighters might use civilians as human shields as the offensive advanced – either by hiding amongst them as they fled the city or by preventing them from leaving.

The UN has warned that the offensive could cause one of the largest man-made displacement crises of recent times, fearing that as many as one million people may be forced from their homes.

There is currently only space for 130,000 people in UN shelters outside of Mosul, but aid workers are scrambling frantically to prepare for as many as 800,000 arrivals, the UNHCR’s Caroline Gluck told the BBC.

Iraqi forces are said to have a plan in place to vet fleeing civilians to ensure militants are not hiding among them.

Julian King, a British diplomat, told Die Welt that some 2,500 fighters from what he called the combat areas were from European Union countries.

While a mass exodus of fighters to Europe was unlikely, “even a small number represents a serious threat, and then we must be prepared”, he warned.

For: EU expects a gush of IS radicals into Europe if they lose Mosul