EU on alert to start counter-migration sea mission in Libya 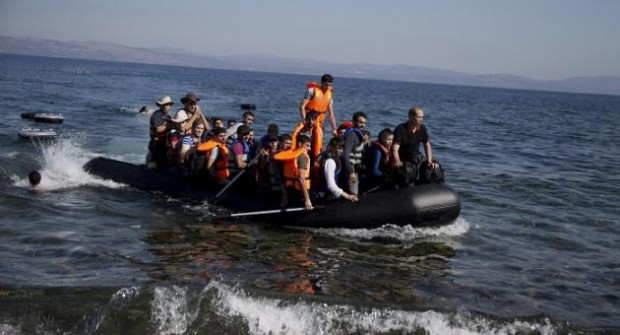 EU leaders will discuss the critical situation in Libya and potential waves of immigrants trying to reach Europe on 18 April.

French Defence Minister Jean-Yves Le Drian said on Thursday that some 800,000 migrants are in Libya hoping to cross to Europe.

Le Drian told Europe 1 radio that “hundreds of thousands” of migrants were in Libya, having fled conflict and poverty in the Middle East and elsewhere, adding that the figure of 800,000 was “about right”.

In an interview in December, Greece’s Alternate Foreign Minister for European Affairs, Nikos Xydakis, noted that new routes and new compositions [in migration flows] were found.

“The people who now come from the Turkish coast to the Greek islands are from the Maghreb. Let me give you an example. In August [2015], we had 40-50 Moroccans, and in November, their number was over 7,000.”

“The route we have identified is the following: Moroccans and Algerians can travel without a visa from Maghreb countries, with a very cheap ticket with Turkish Airlines, directly to Constantinople [Istanbul], and then they easily reach the coast and go to the other side [Greece],” Xydakis said.

But the presence of NATO in the Aegean Sea combined with a possible “isolation” in Greece due to the closed borders on the north might have discouraged migrants and re-directed the routes.

Some media reports said that at the margins of the European Council on 17-18 March EU leaders discussed growing concerns over possible new migrant flows from Libya.

A spokesperson for the UK’s Foreign Affairs said that in April, Foreign and Defence Ministers would have an exchange of views on the situation in Libya. The objective will be to bring together foreign affairs ministers with their counterparts in defence in order to effectively address the new challenging situation.

“The discussion will focus on the EU support of an inclusive government in all sectors, from humanitarian to migratory one, including security related aspects. The discussion will take place on 18 April, following the regular Foreign Affairs Council meeting and ahead of Foreign Affairs Council Defence on 19 April, in Luxembourg,” the spokesperson stressed.

Media reports added that EU leaders among others will discuss potential measures on the Libyan coasts and territorial waters.

Italy’s leader Matteo Renzi has been sceptical over EU’s stance on migration.

He recently reiterated the need to address the refuge crisis by activating an EU investment plan for sub-Saharan Africa, something that Paris could possibly oppose as it wants to keep its traditional privileged relations in the region.

For: EU on alert to start counter-migration sea mission in Libya