EU on tenterhooks as IS grip tightens in Libya 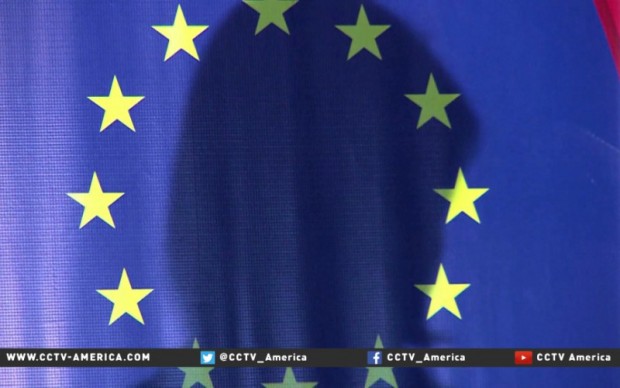 ISIL’s presence in Libya is a growing concern for the European Union. The EU is urging Libyan politicians to back a unity government, following suicide attacks claimed by ISIL.

And the EU pledged more than $100 million to help Libya combat the terrorist group. But as CCTV America’s Jack Barton explains, only under one condition.

The EU has watched with alarm as ISIL established a foothold in Libya amid the chaos that followed the overthrow and death of former leader Muammar Gaddafi in 2011.

ISIL has full control of Gaddafi’s hometown Sirte and is attempting to press into the oilfields around Ras Lanuf, sparking fears of a jihadist expansion on Europe’s doorstep.

ISIL claimed responsibility for two deadly suicide attacks last week that killed dozens of people. Despite this and the clear intention of ISIL to use Libya as a hub for expanding its activities in North Africa, the European Union has ruled out direct military intervention.

The terror attacks in France have highlighted the threat that ISIL poses to EU, which is also focused on slowing the flow of asylum seekers who travel to Europe from Africa — most of who transit through Libya, where most of the country remains lawless.

For: EU on tenterhooks as IS grip tightens in Libya